Turkey Ham and Swiss Baked Potatoes – How has your week gone? Did you get everything done that you wanted?

I’m kind of dying here. We are set to move in about a week to a house that’s only about a 5 minute drive from where we are now and my packing efforts have been pretty pathetic. It might have something to do with the 4 month old babe that can throw a smile my way and distract me for hours on end with his chubby thighs and {almost} giggles. I don’t know. Regardless, I’m kind of asking for chaos. We have about a 2 week-overlap where we’ll have 2 houses (fancy!) so I keep telling my self that it will all be alright and try to refrain from curling up in the fetal position and rocking. Wish me luck! 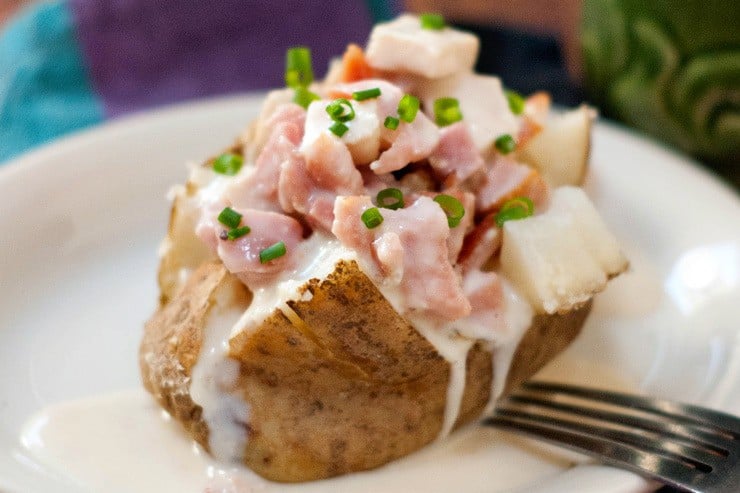 As far as baked potatoes go, at least. We’re pulling out the stops with the turkey, ham and swiss trifecta. Some how that ham part got omitted from this picture. Interesting. 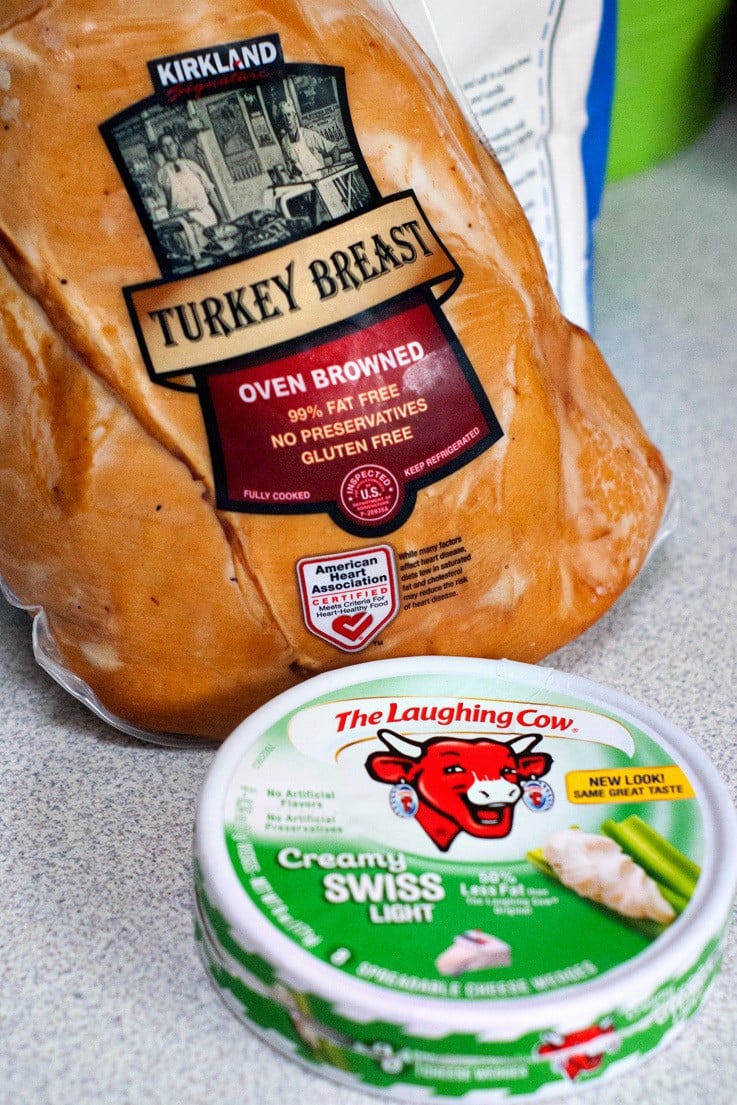 The sauce is a basic white sauce that we’ll stir a few wedges of Laughing Cow cheese into. Like all white sauces, we’ll start with a roux. 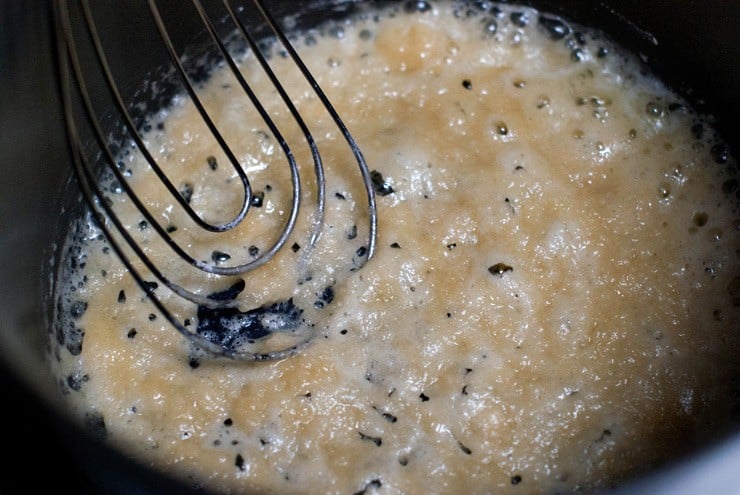 For more info on making a white or cheese sauce, check out my post on basic cheese sauce. 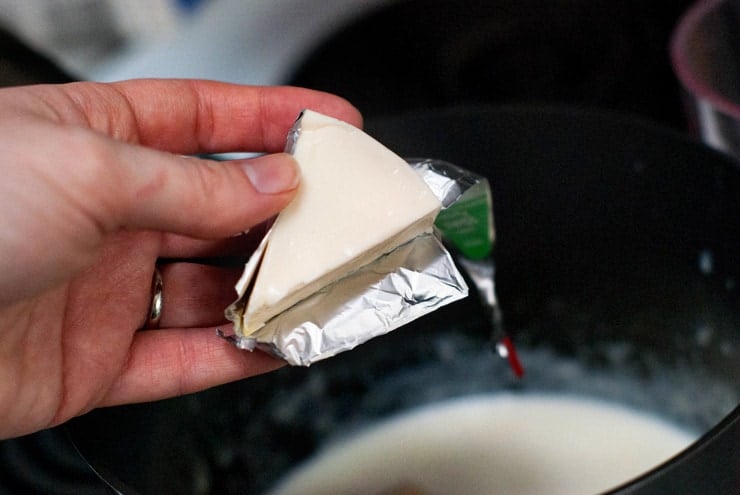 Once the sauce is made, all that’s left to do is stir in some cooked turkey and ham. This turkey ham and swiss baked potatoes recipe is a great for using up your Thanksgiving leftovers so put it in your back pocket for the next month and a half and keep it close. 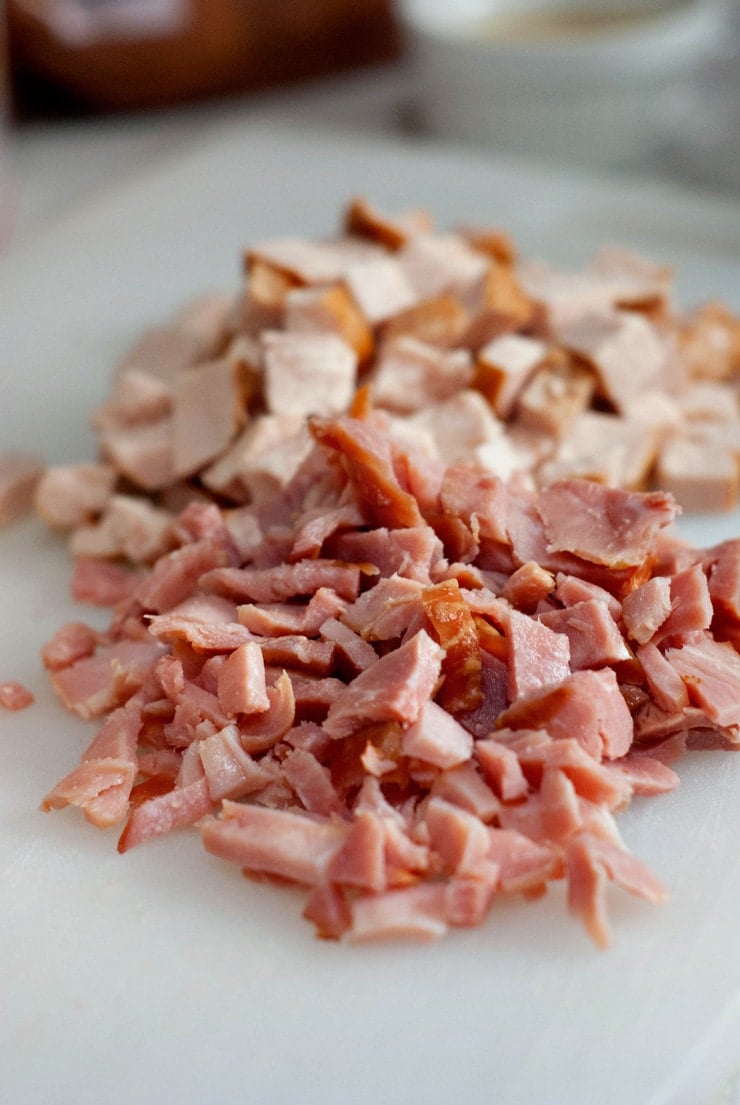 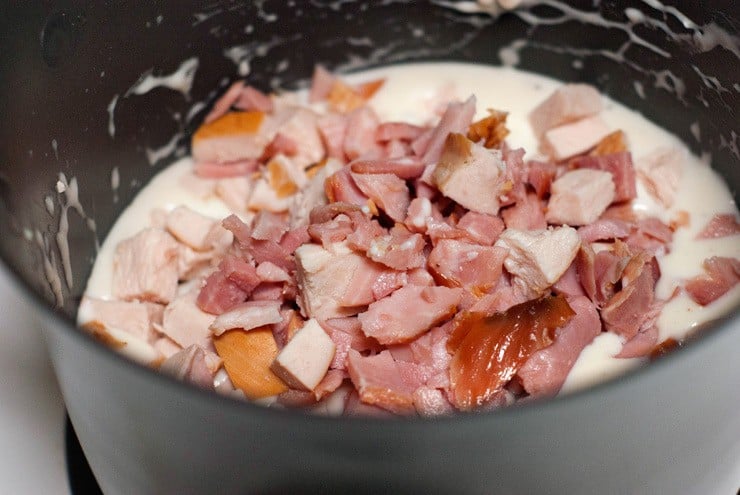 Baked potatoes aren’t the only thing this sauce would be good on. I’m thinking rice, or even toast or English muffins would be great. It’s a super simple meal that comes together quickly and fills tummies. My piiiiicky 4 yr old gobbled this up. Hope you enjoy! 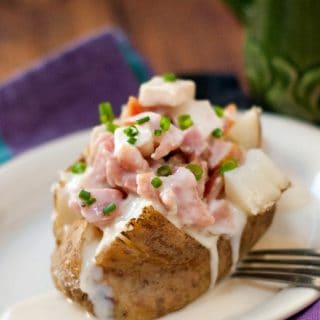 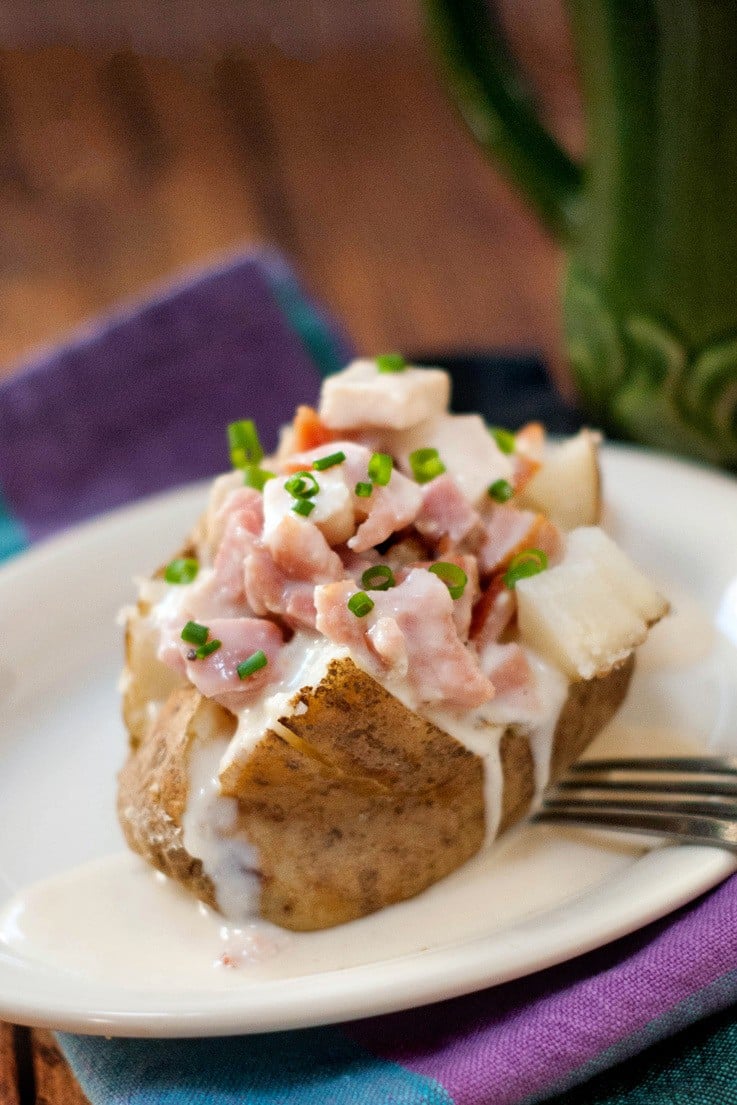