What’s better than a bowl of creamy tomato soup on a cool fall day? Um… how about a bowl of tomato soup topped with cheesy garlic dumplings?! It’s the ultimate comfort food and a cinch to throw together to boot! 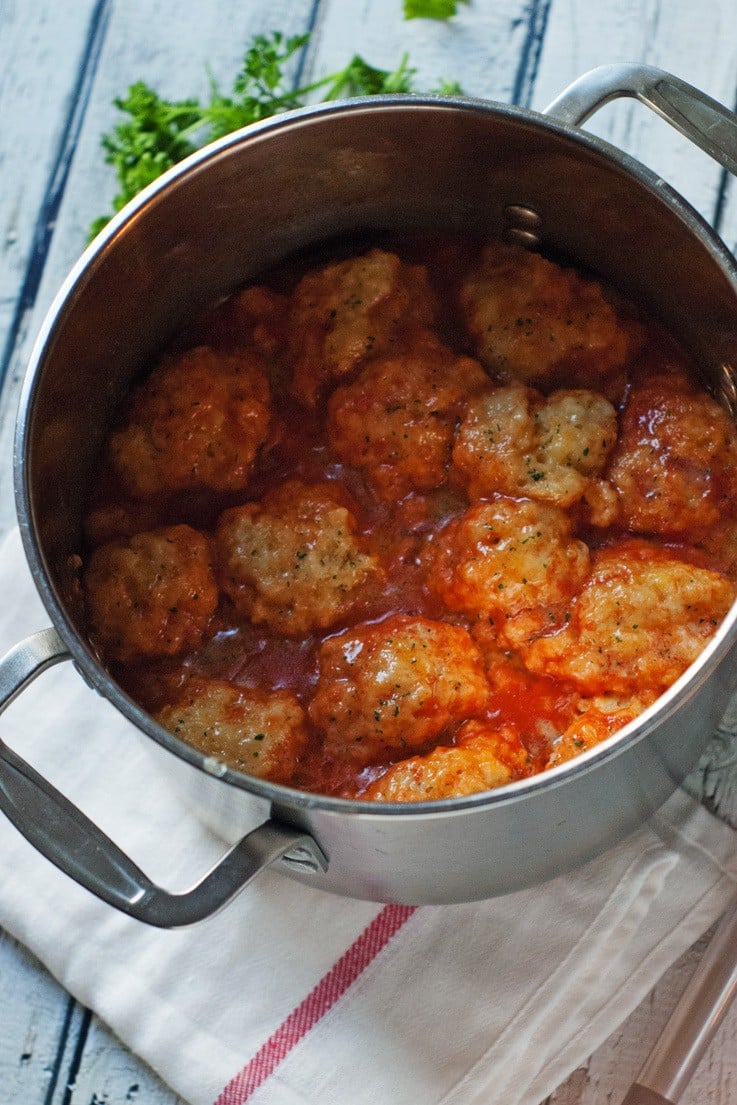 Well I think I can finally say we’re moved into our new house. Sure, there are a few stray boxes here and there, but I’m feeling pretty settled. Most of the remaining boxes are things like decorations and my hubby’s 2,783 books.

Me, I’m more concerned with curtains at the present. Have you ever had to buy curtains? Most. painful. experience. ever. I’ve spent WAAAAY too many late nights internet shopping sessions killing myself over which ones to get. Are they they right length? Width? Color? Pattern? Will my book-loving hubs hate them? Not to mention I’m cheap. Like ridiculously cheap. And curtains are spendy. How can a single piece of fabric be so expensive?

I’m obviously having some very real first world problems and I’m kind of grossing myself out so I’ll stop. How about some soup? Are you guys ready for this recipe? I’m kind of in love with this whole idea. I grew up with my mom making dumplings out of Bisquick so I’ve got a special place in my heart for this kind of soup to begin with. But putting cheesy garlic dumplings on top of tomato soup wasn’t something I had ever thought of until a few weeks ago.

There I was, making tomato soup and about to scoop the biscuits onto the baking tray to make actual biscuits and in an instant of sheer genius, I plopped that dough into the soup instead of the oven. Boom.

To start the soup you’ll saute some onion in a little bit of butter until they are soft and then stir in some flour. 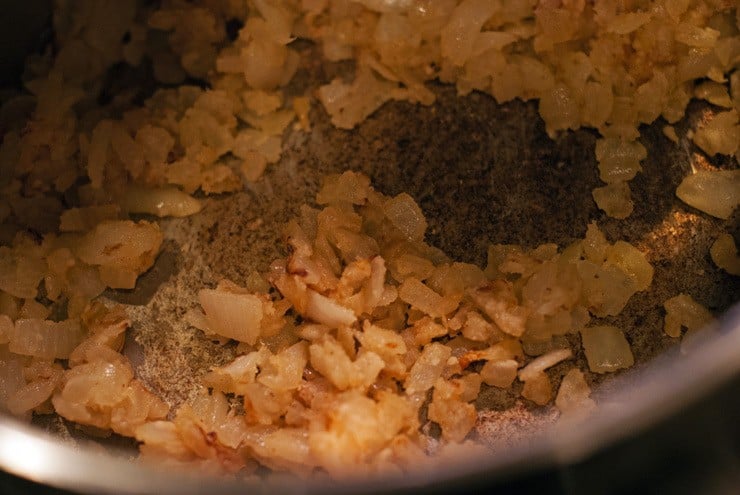 Some chicken broth and canned tomatoes get stirred into the mix, thickened and then seasoned. 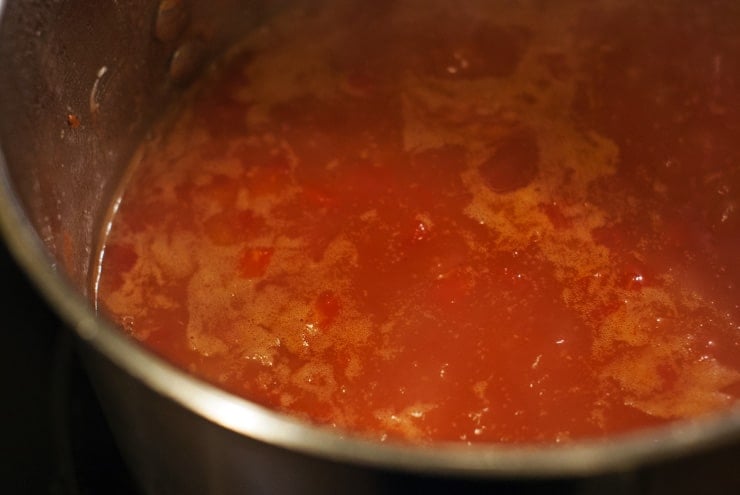 This step is optional but I like a smooth tomato soup so I puree it. Just make sure you don’t overfill the blender or you’ll end up with a big mess on your hands. And face… and ceiling. Better yet, just use an immersion blender if you have one. Blending hot liquids can be tricky business. 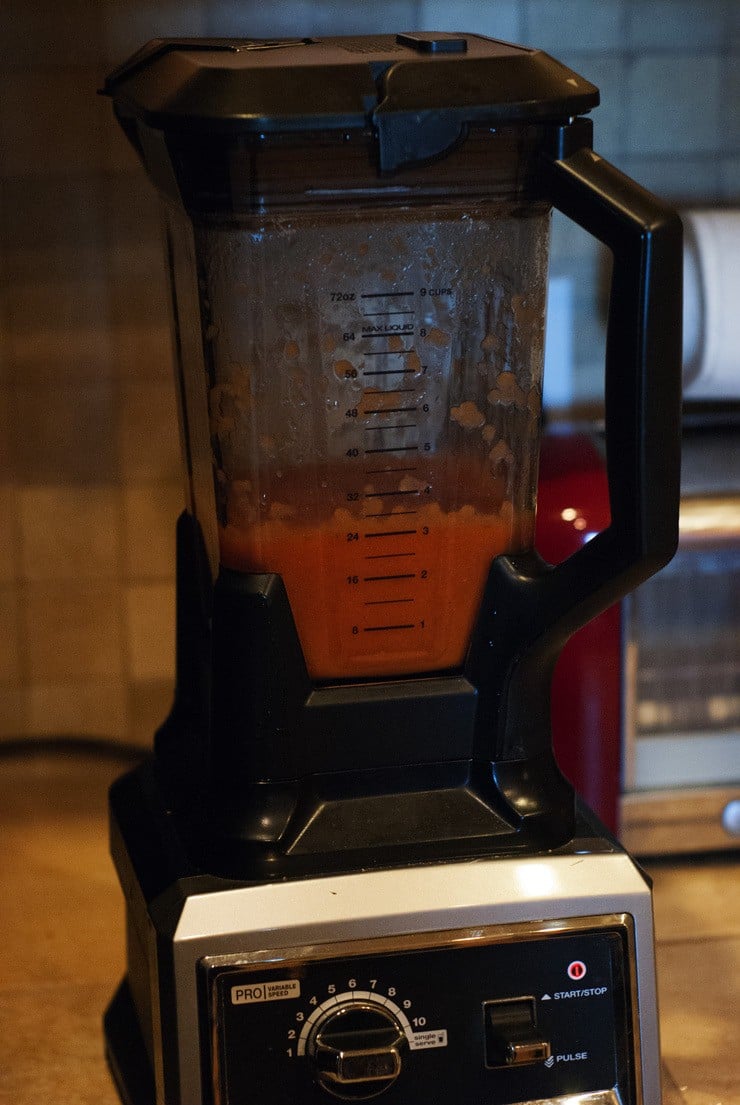 For the dumplings, I’m using a package of Red Lobster’s Cheddar Bay Biscuit Mix. I buy mine in a big box at Costco but I’ve seen it in smaller portions at most grocery stores. Just one 11-12 oz box will be enough for one pot of soup. 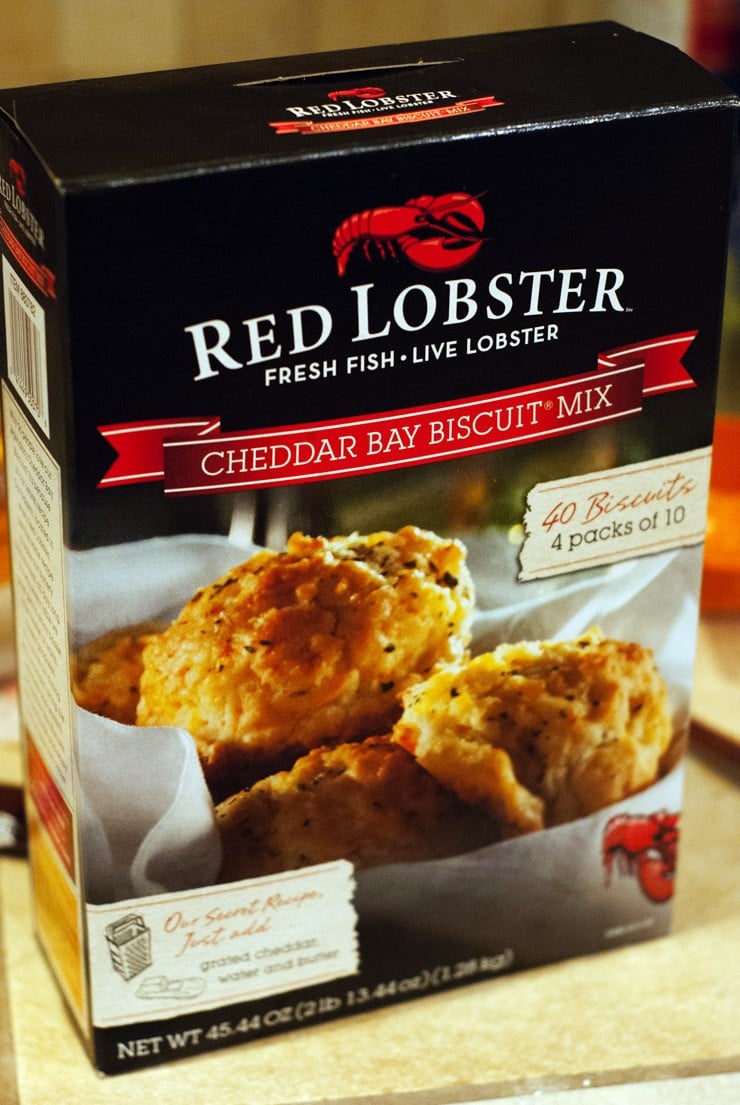 Mix the dough just like it says on the box. 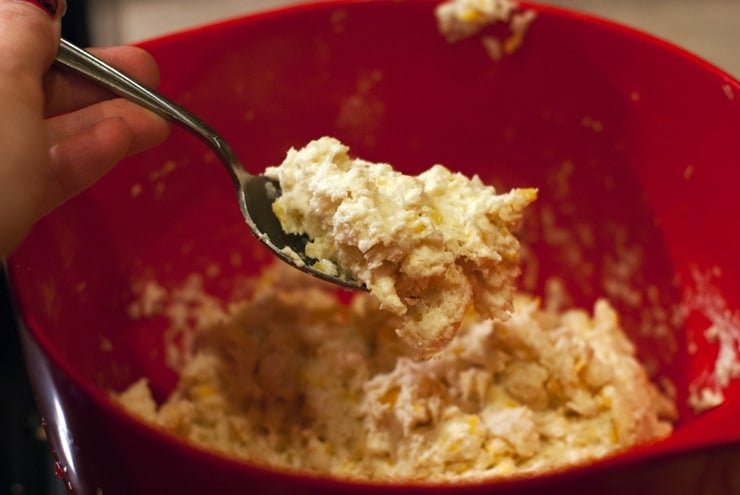 And drop spoonfuls of the dough into your simmering pureed (or not) soup until all the dough has been used. 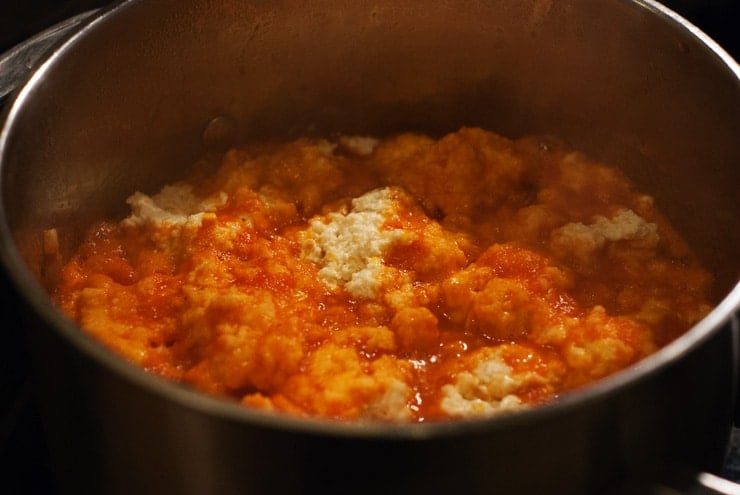 Cover the pot and let simmer until the dumplings are fluffy and set. 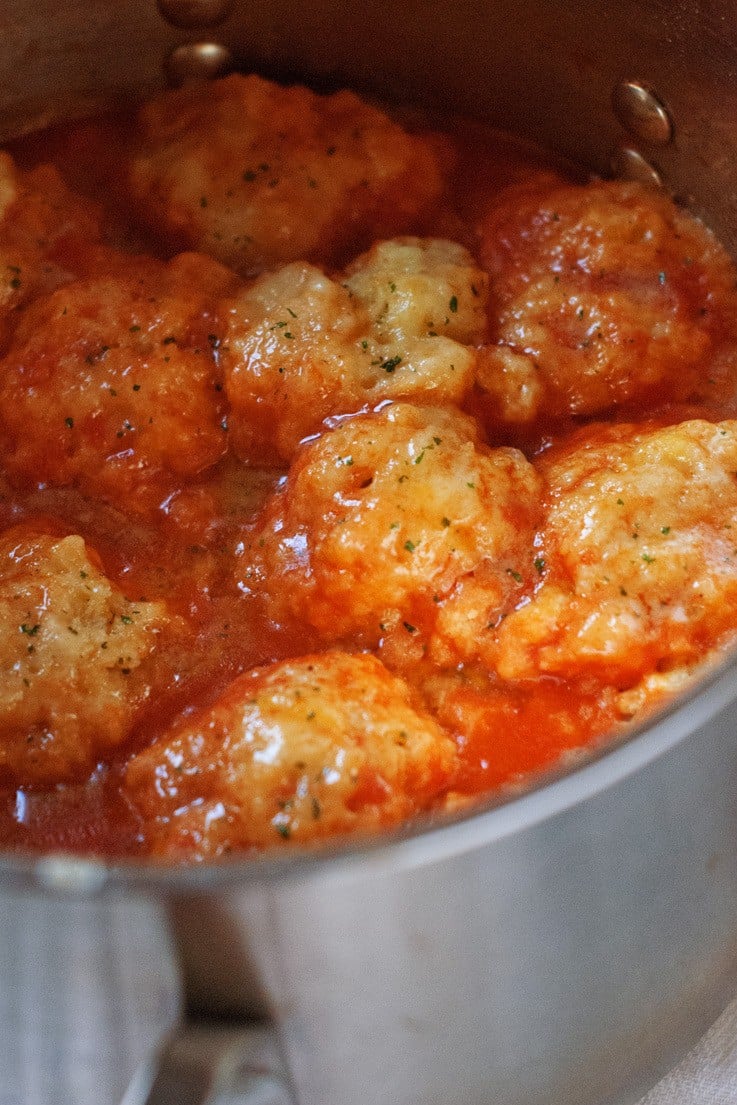 And for the best part…. mix together a little butter with the garlic seasoning packet included in the mix and brush over the tops of the dumplings. The seasoned butter will soak into the dumplings and also drip down into the soup giving it awesome flavor. 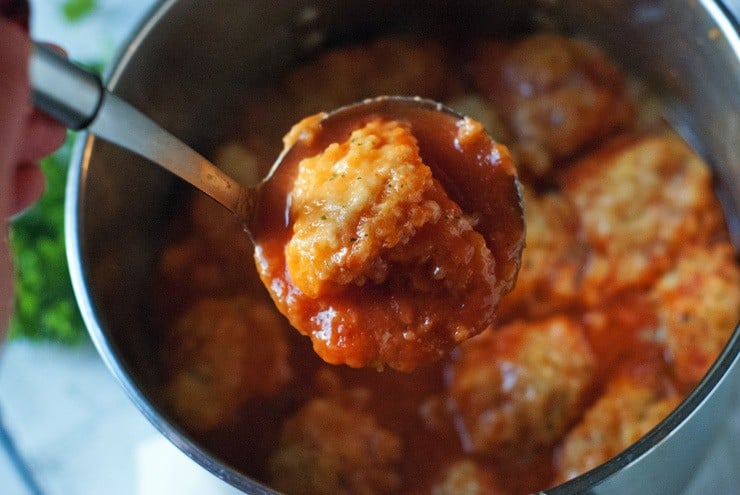 The finished soup is creamy and perfect with a piece of dumpling in each bite. Enjoy! 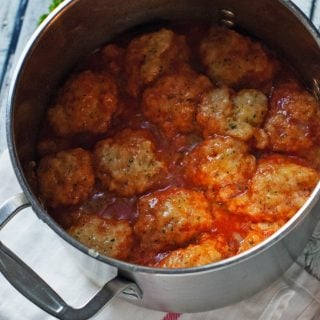 What's better than a bowl of creamy tomato soup on a cool fall day? Um... how about a bowl of tomato soup topped with cheesy garlic dumplings?! It's the ultimate comfort food and a cinch to throw together to boot!
By Heather Cheney
Print Pin Rate
Prep Time: 10 minutes
Cook Time: 50 minutes
Total Time: 1 hour
Servings: 6 servings
Calories: 353kcal