This is a sponsored post written by me on behalf of Campbell’s Soup Company. All opinions are 100% mine. Toast, stir, cover and bake! Show-stopping side dishes don't get much easier than this flavorful rice pilaf. 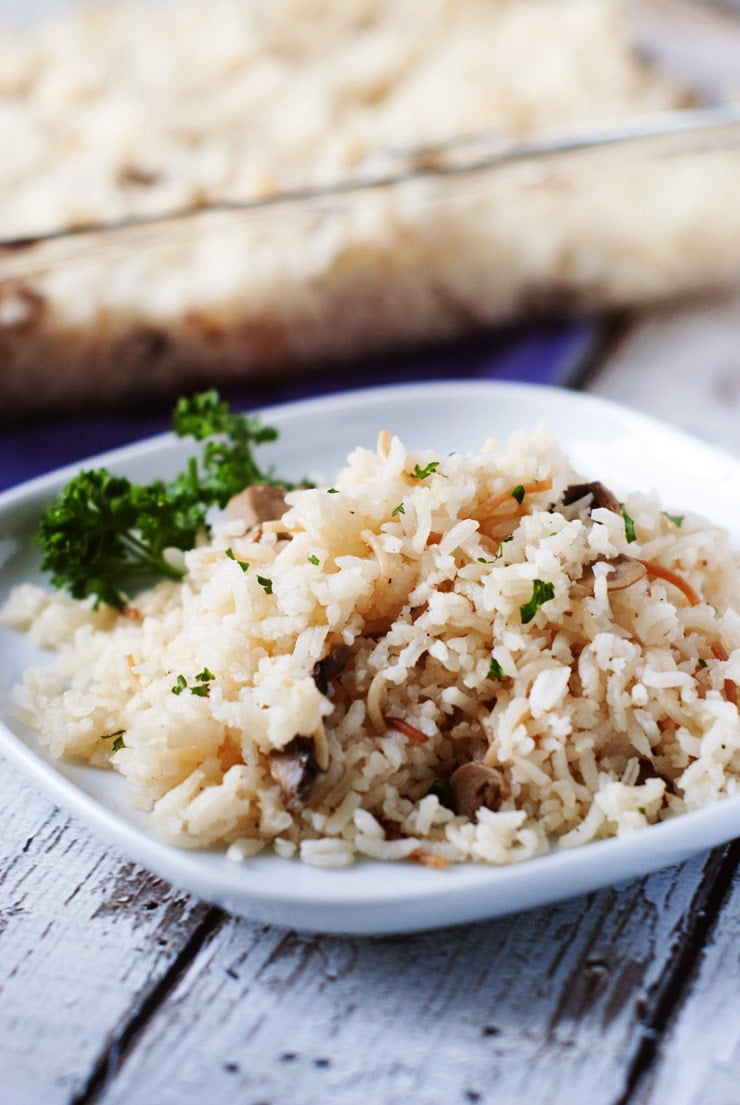 If you've been following my posts here on HLF for even a moderate amount of time, you've probably noticed that broths are something that use a lot of in my cooking. They aren't just something I reserve for making soups or gravies or for soothing sore throats. I stir broths into sauces, casseroles and vegetables, and today we're making a killer rice pilaf with it.

I love making rice with broth because it ups the flavor ante by approximately 410%. Of course I can't prove that, but it does make a world of difference. And, I can't prove the difference it makes until you try it... so let's make it!

To start off you're going to toast the rice in a little bit of butter on the stove top. Toasting the rice gives the pilaf a great nutty flavor and helps the grains of rice stay singular after cooking giving it a nice texture. In addition to rice, you'll add in a little bit of broken up angel hair pasta. The pasta just gives it some color, a splash of texture and gives the pilaf a little extra pizzazz. 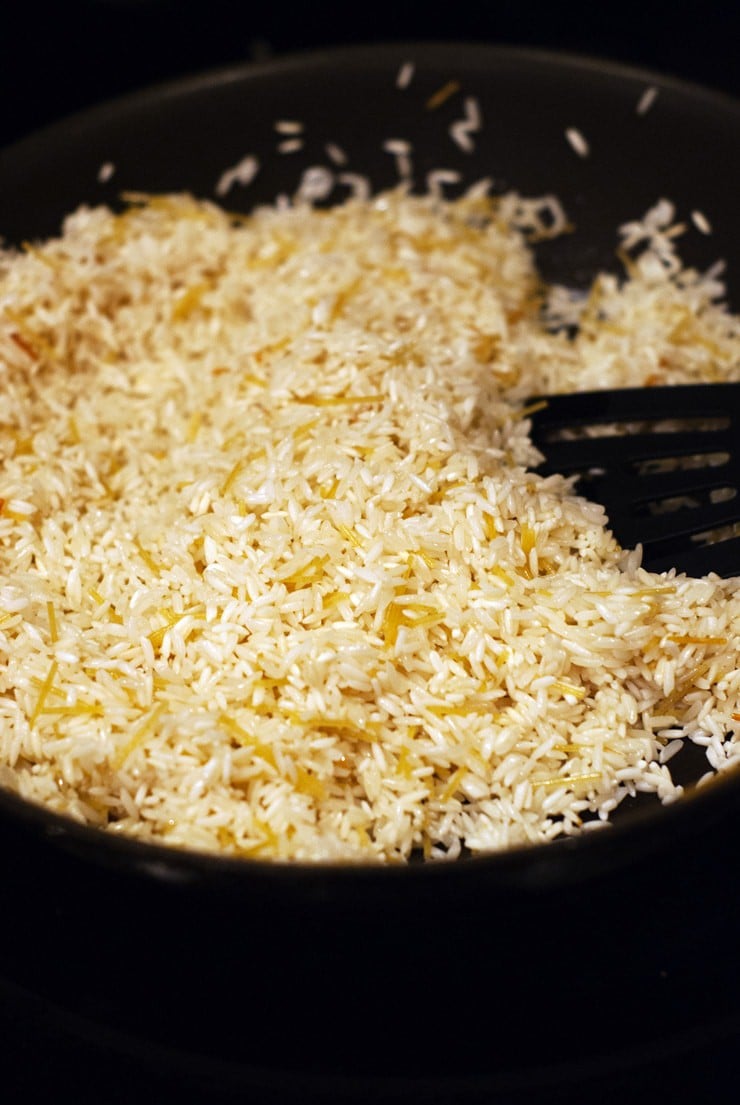 When toasting the rice and pasta you'll notice that the pasta will brown faster than the rice and that's okay. If the pasta it golden brown and some of the rice is a little browned, it's good to go. Transfer the rice into a 9x13" pan and top with the mushrooms, onion, salt and pepper. 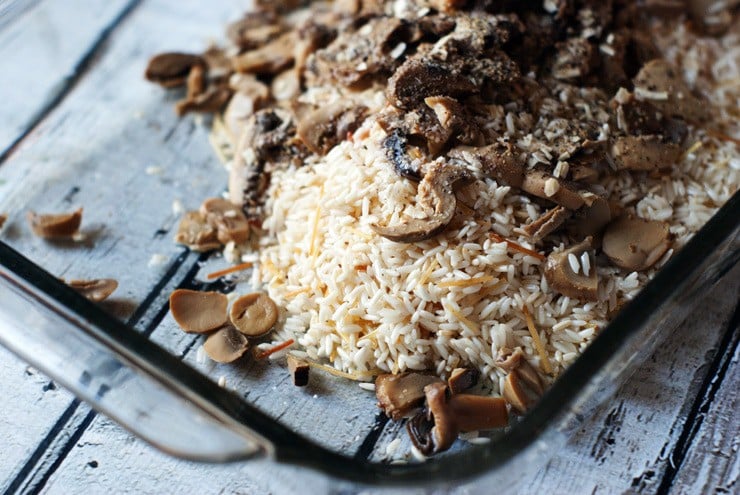 For this recipe I swapped all the water that would usually be used to make rice with Swanson® Chicken Broth. Swanson® just came out with a new unsalted variety of broth and it's great because it means that you get to take control of the seasoning. Salt content varies between brands of broth and it's nice to be able to know it won't be a salt bomb when whatever you're cooking is done. 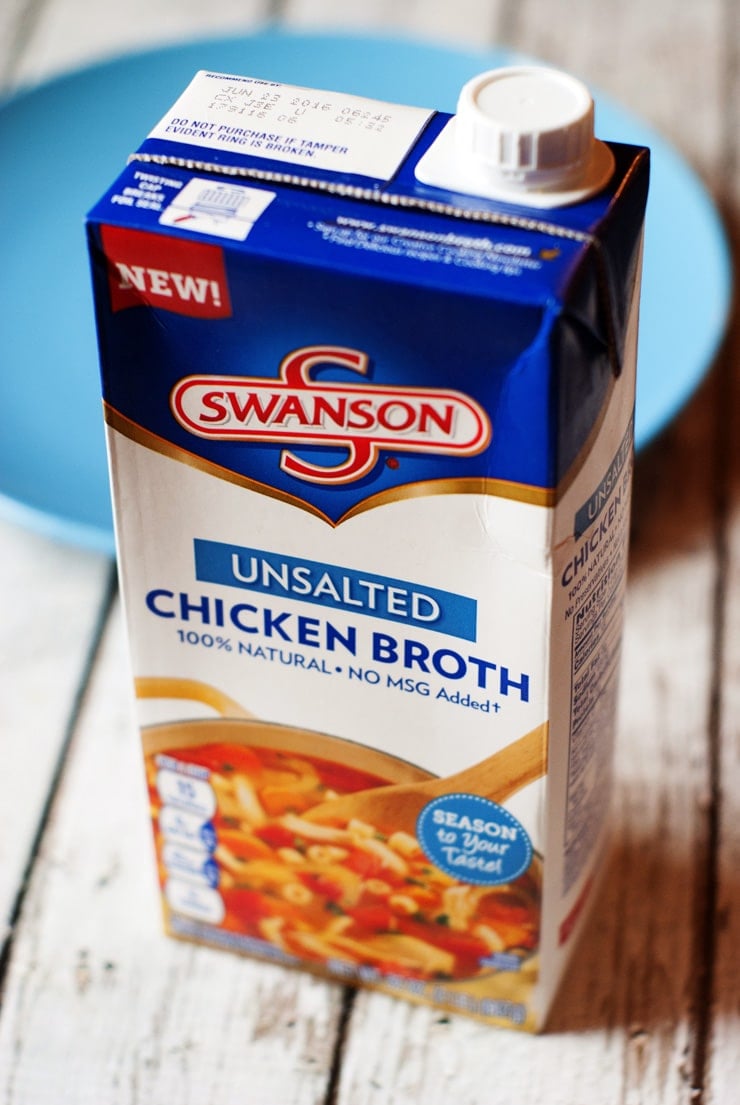 Measuring is easy here because we're using the whole 32 oz carton! Just pour it all in. 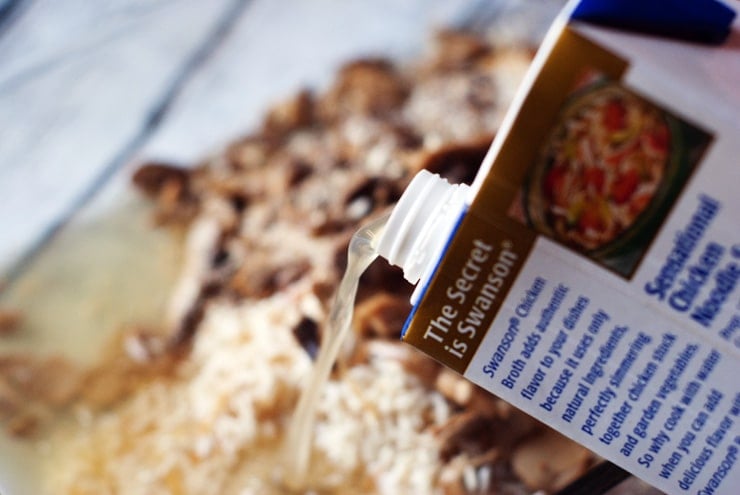 Give it a stir and cover tightly with foil. 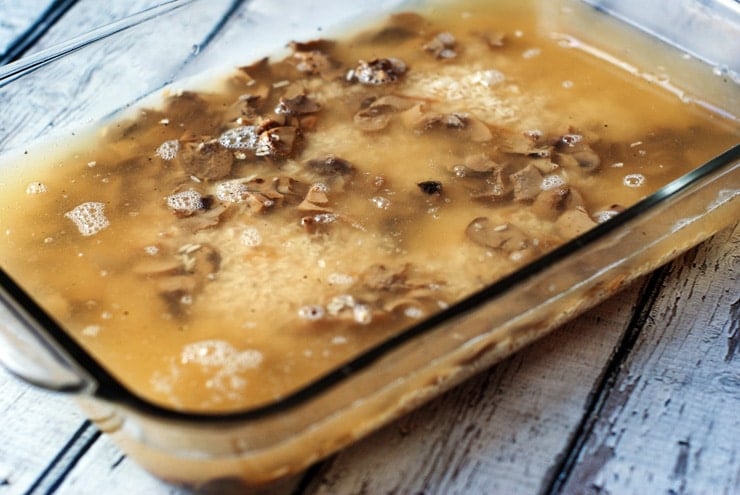 Pop it in the oven and don't even look at it until 60 minutes has gone by. But once it has, it will be ready! You'll notice that all of the mushrooms will have risen to the top, so just use a fork to fluff up the rice and stir them back into the rice.

Taaaa-daa! Fluffy, flavorful, nutty, rice that is great served with just about anything. One of my favorite ways to serve this is to stir in some sliced almonds and dried cranberries after it comes out of the oven. So. stinking. good. But it's pretty darn good on it's own too. 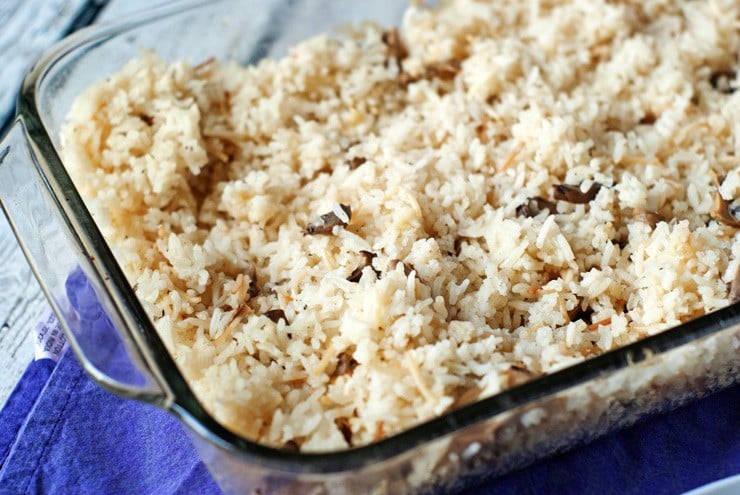 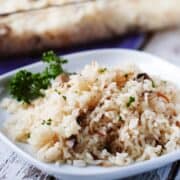