Penne with Smoked Sausage and Caramelized Onions – I love the nights where I have no idea what to make for dinner so I start to clean out my fridge. I inevitably always find something that will at least make me temporarily loose my appetite, but when I realize what I actually have hidden behind forgotten cups of milk and unwrapped, dried-out peanut butter sandwiches that a certain 4 year old decided she wanted to “save”, I usually come up with something pretty amazing. That’s out this penne with smoked sausage came about. 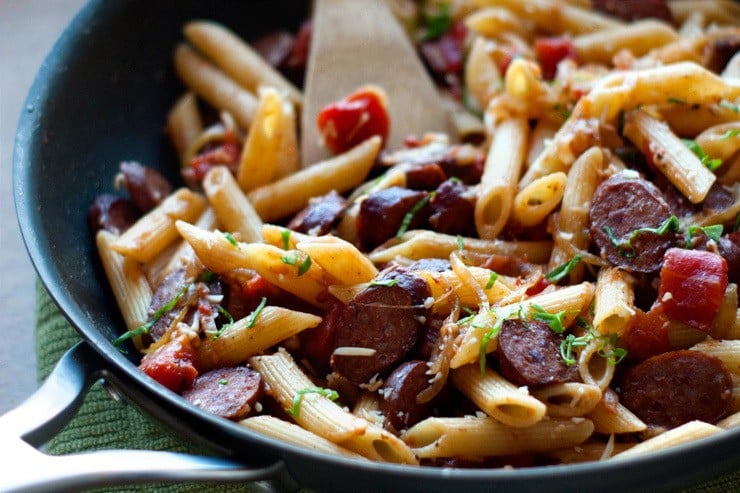 How to Make Penne with Smoked Sausage and Caramelized Onions

Any type of smoked sausage will work for this Penne with Smoked Sausage and Caramelized Onions recipe. I used a super basic pork smoked sausage here but chicken, beef or turkey would fit in well too. If you do decide to use a leaner sausage like turkey or chicken, you’ll have to add a tablespoon or two of olive oil to get the sausage to brown well and caramelize the onions in. 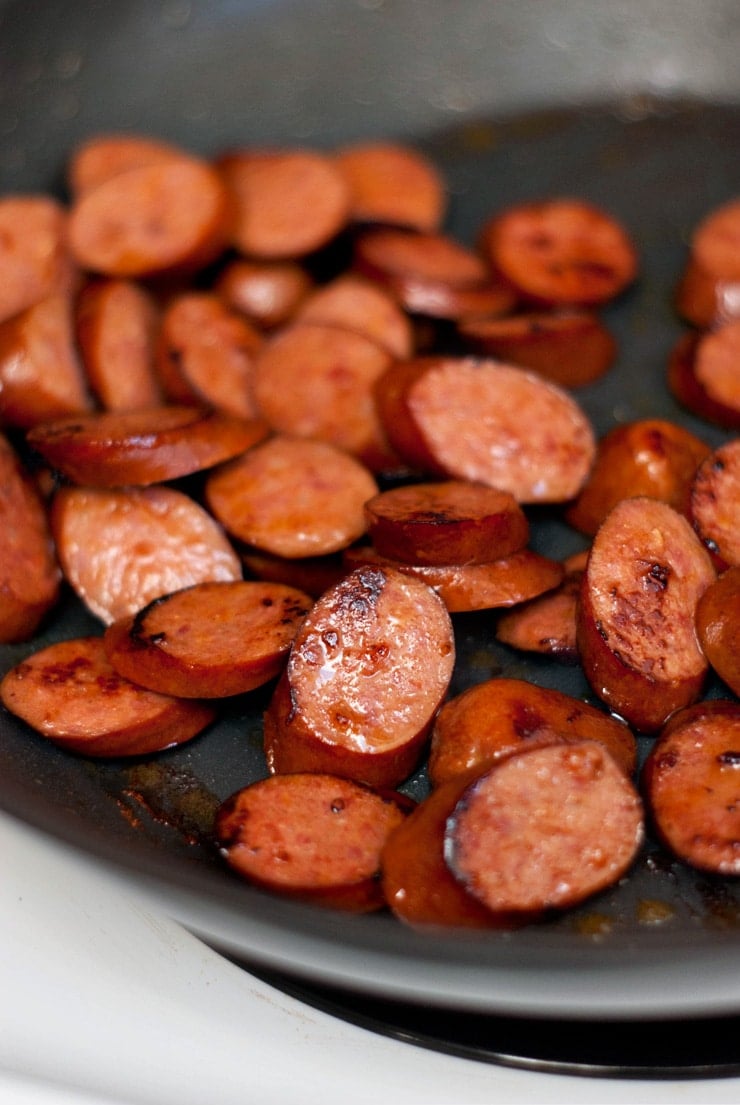 Caramelizing onions well is super simple, but it does take a bit of patience. Adding a bit of salt to the onions at first will help to speed the process along as the salt will draw out moisture. Keep the heat between medium and low, stir often, and they’ll turn out well. If the heat is too high, you’ll end up with cooked onions but they won’t have the sweet mellowness that true caramelized onions have. 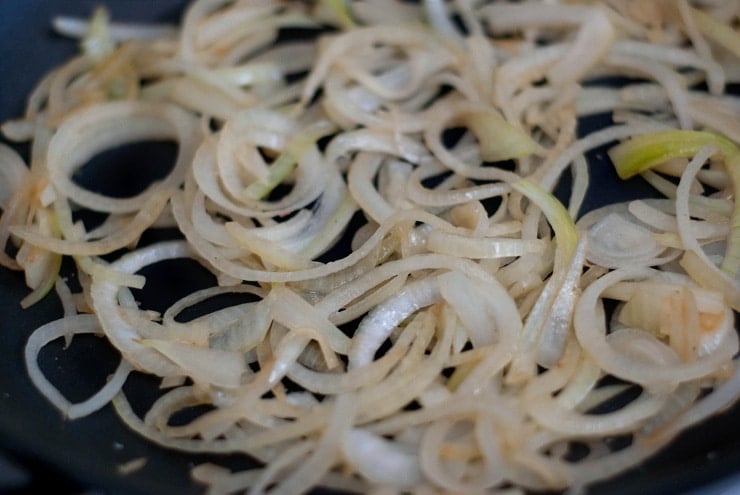 It took about 15 minutes for them to get to this point. 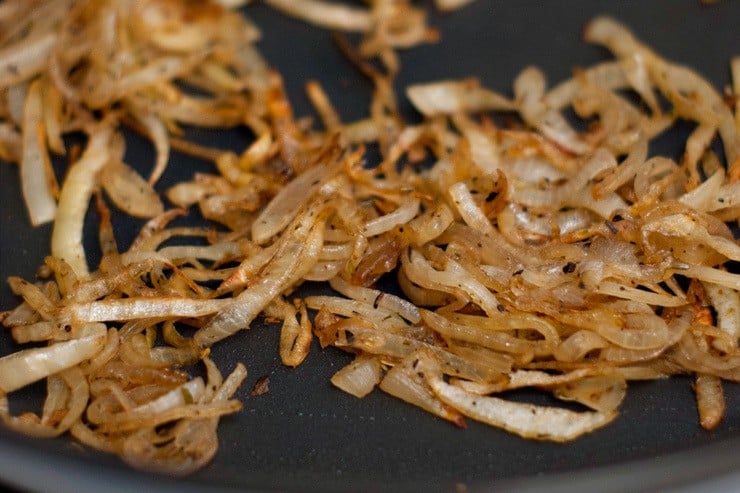 While the onions are doing their thing, get that pasta roaring along! 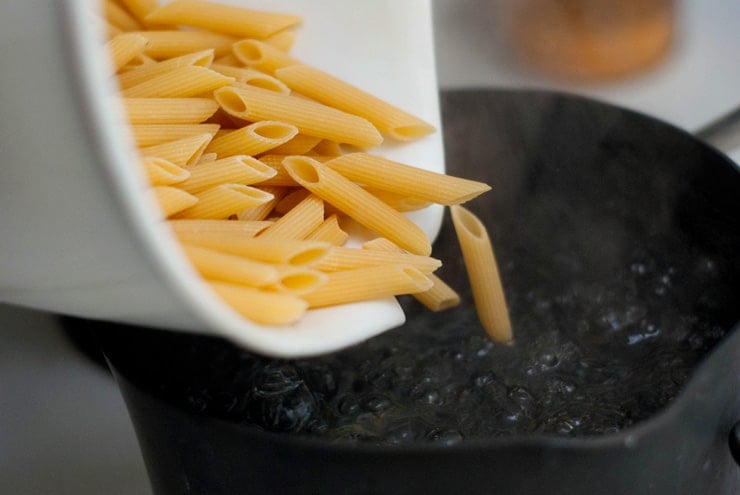 Once the onions are ready to go, stir the sausage, a can of diced tomatoes and a bit of oregano into the pan. Bring it to a simmer to heat the sausage and tomatoes up. 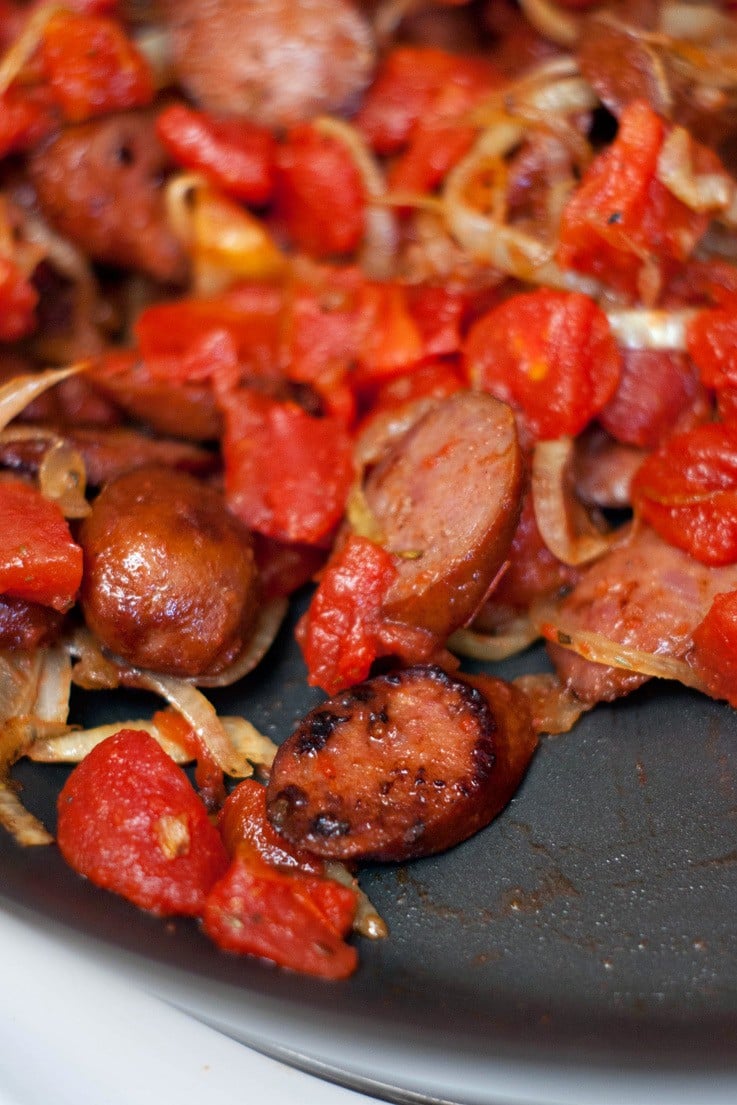 When you drain off the water from the pasta, reserve about 1/2 C of that starchy cooking water and set it aside to add to the pasta and sauce if it’s not loose enough. If you don’t have to use it, that’s fine, but at least you’ll have it if you do. 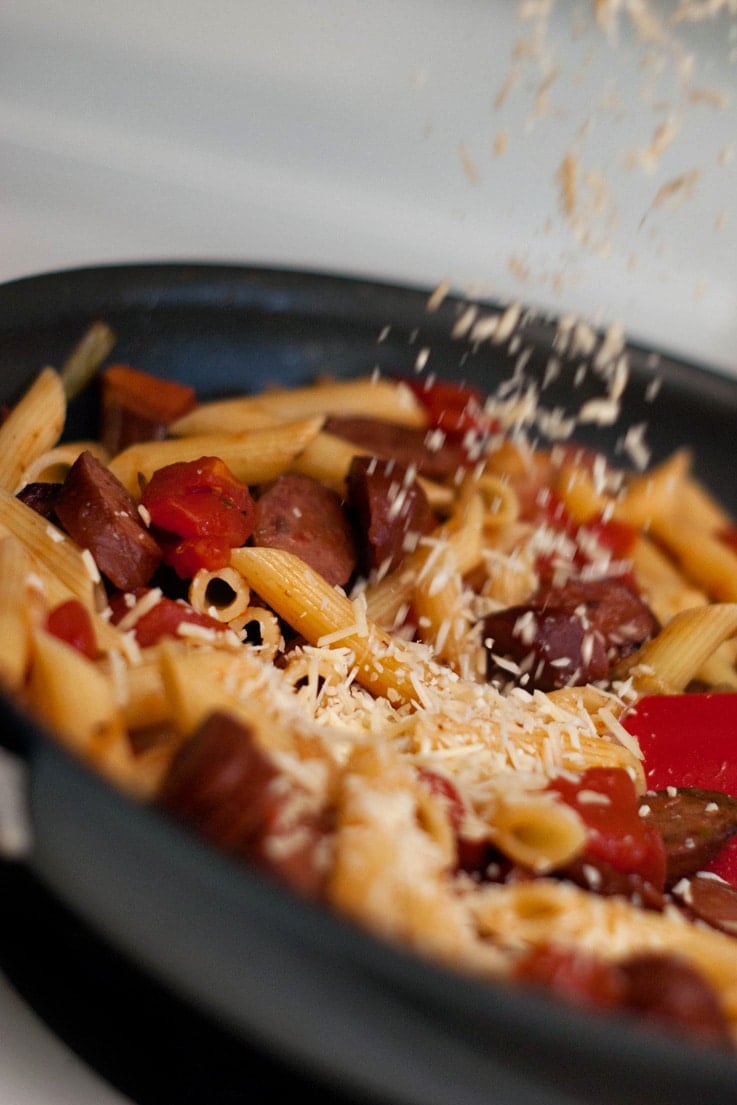 Parmesan cheese makes everything better so stir some into the finished pasta and top it off with more to serve. The penne soaks up some of the juices for the tomatoes and you’re left with a super light, flavorful sauce with pieces of sweet onion and salty sausage. It’s pretty great. 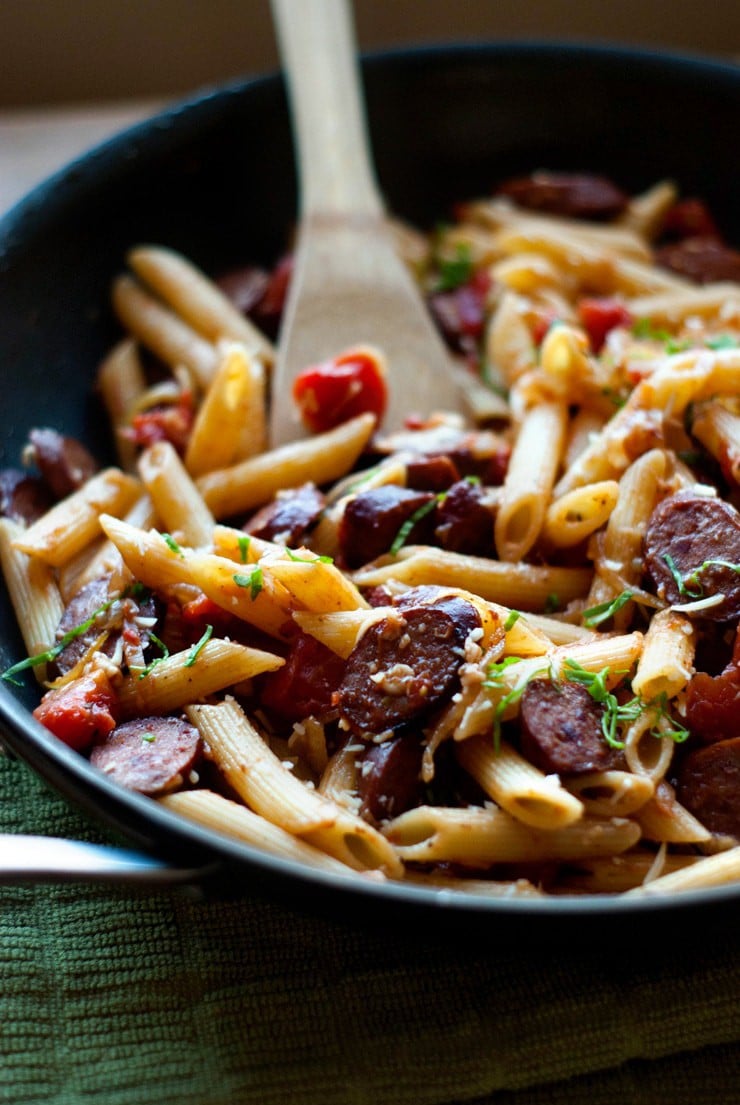 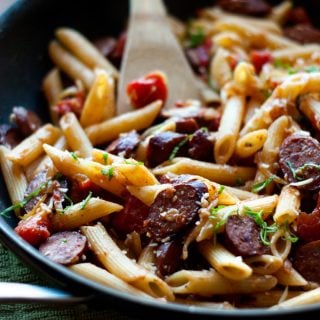