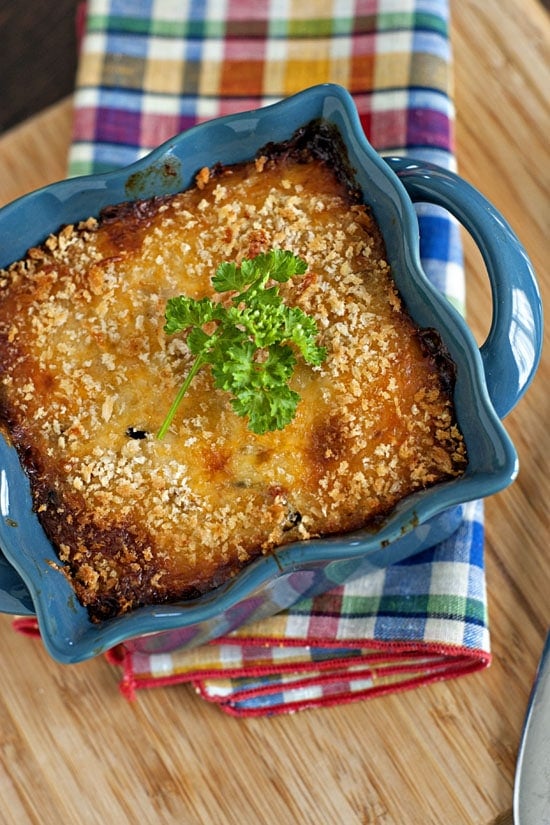 Quinoa has been picking up a lot of speed lately in its popularity but I have a sneaking suspicion that some are still scared to try it. I mean, it does look a little alien once cooked and the germ unravels. But the truth is that it makes a great rice alternative and is an absolute superfood filled with vitamins and packed with protein. Did you know that it's actually a seed (as opposed to a grain) and is most closely related to spinach and and beets? Crazy!

My kids love quinoa and since it is considered a "complete protein" I often make it part of the main dish. This quinoa bake is super filling, loaded with vegetables and is one of our new favorites. Let's make it!

The great thing about this recipe is that you can mix it up to fit your family's tastes by switching up the veggies and cheese. Today I'm using mushrooms, zucchini, yellow squash and sharp cheddar. Broccoli or asparagus would do well in this as would gruyere or even a pepper jack cheese if you like a little kick. You'll start by sauteing some onions, garlic, and sliced mushrooms in a tablespoon of olive oil in a large skillet. 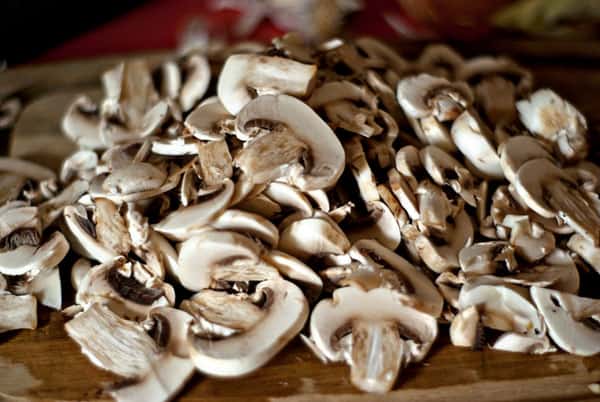 Once the mushrooms and onions have cooked down quite a bit stir in the chopped squashes and quinoa. I like to chunk up the squash as opposed to slicing as they tend to hold up to the cooking a bit better and don't totally disintegrate. 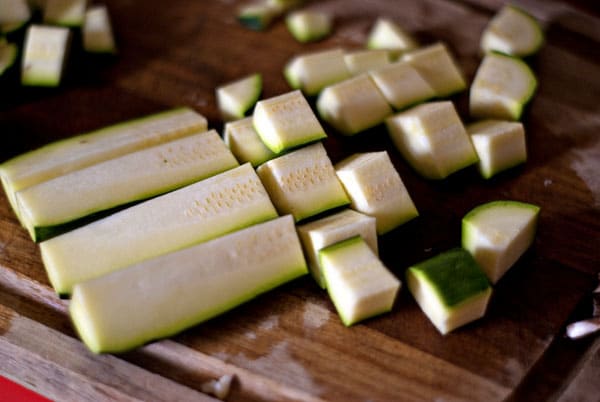 Stir and continue to cook for about four minutes or until the quinoa is just lightly toasted. 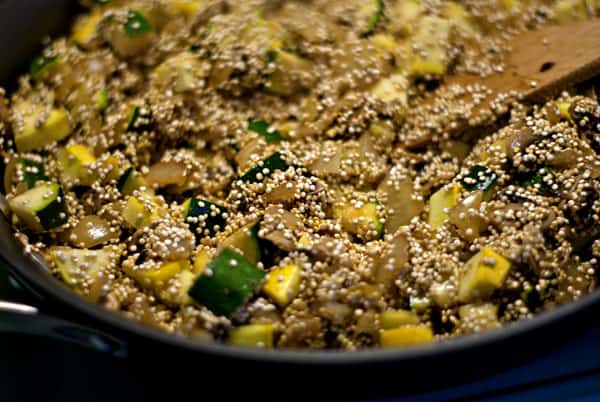 Stir in 3 cups of chicken broth, add just a pinch of red pepper flakes and bring to a simmer. Cooking quinoa is a lot like cooking rice. Once it comes to a simmer, cover it turn on low and walk away for about 15-20 minutes. Once most of the liquid has been absorbed you're good to go.

Transfer the contents of the skillet into a greased 9x13" pan and set aside for a minute. 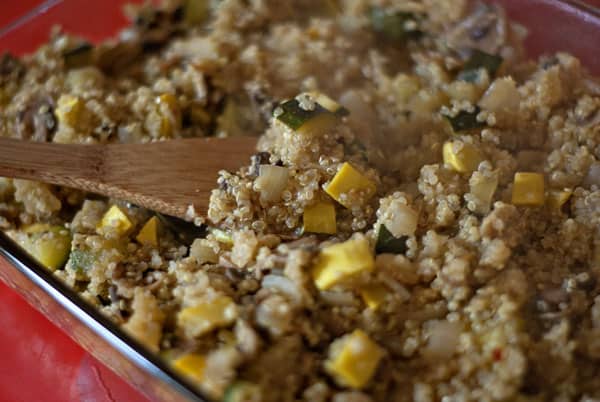 It's time to make our cheesy "sauce". Combine some milk, a couple of eggs and salt and pepper- whisk until smooth. I absolutely love my new OXO egg beater.  When I would go into kitchen stores with my mom growing up, egg beaters like these were my favorite thing to play with. 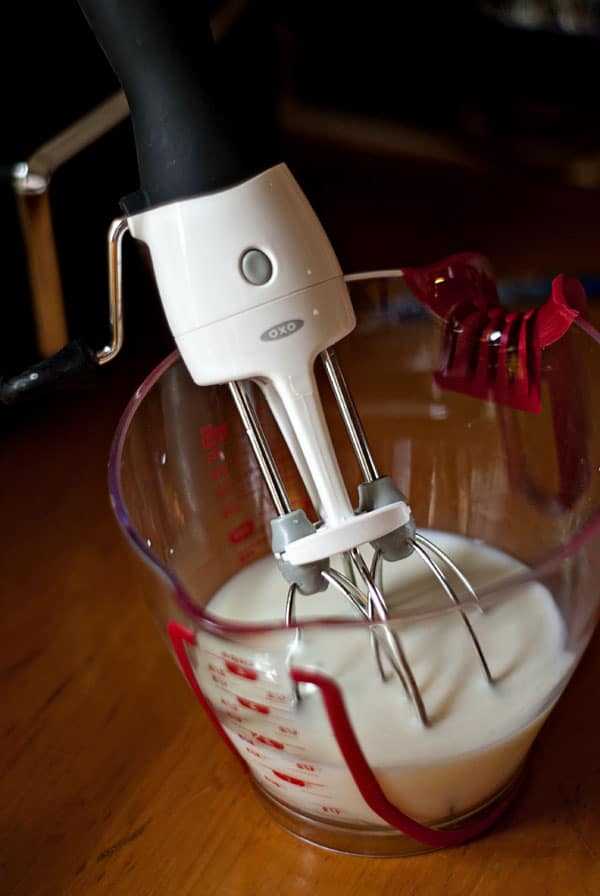 Stir a good helping of cheese into your egg mixture and pour evenly over the quinoa. 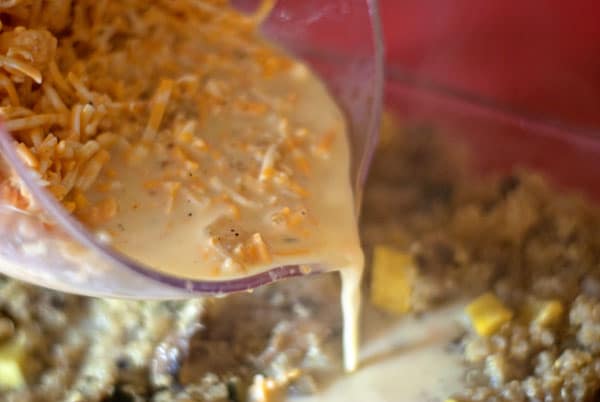 Once you add the entire egg mixture you pan will be very full. It's not imperative that you mix it around super well, just make sure that  all the quinoa is moistened. It's going to be soupy looking and that's okay because we're going to cover it up with a little sprinkling of cheese and some panko bread crumbs that have been mixed with a little melted butter and dried parsley. 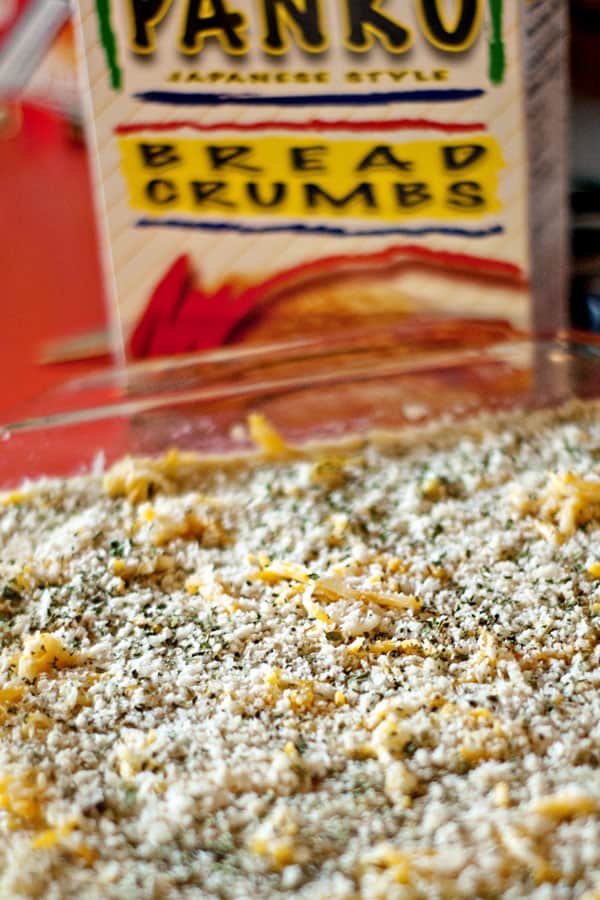 Place in the oven and bake at 350 degrees for 35-45 minutes or until the center is set.  Funny story- last time I made this the 2 yr old decided to play with the knobs on the oven and set it to 475 right after I put it in the oven. I didn't realize what had happened until it I could really smell it cooking after only 15 minutes. It still turned out great (albeit a little drier than usual) and only took 20 minutes to cook. Moral of the story: If you're in a time crunch set the oven really high and keep an eye on it! 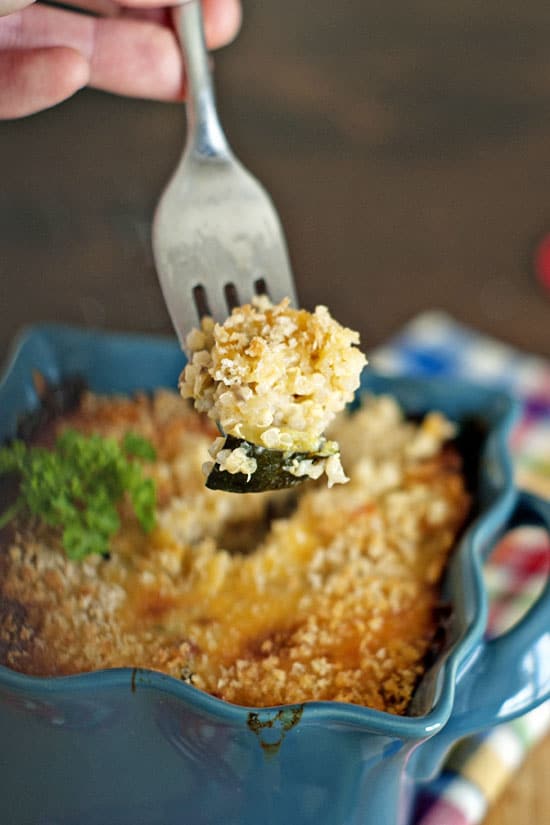 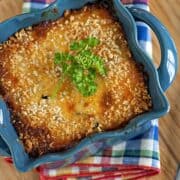 ARE WE FRIENDS ON INSTAGRAM?Tag me @heatherlikesfood and use #heatherlikesfood so I can see what you're making and enjoying!
Save This Recipe for Later!
« Sweet Potato and Chickpea Curry
Spiced Apple Pork Burgers & Strawberry Banana Smoothie Pops »