Have you grabbed my new Instant Pot Cookbooks? Get all 5 cookbooks and the meal plan for 40% off today! 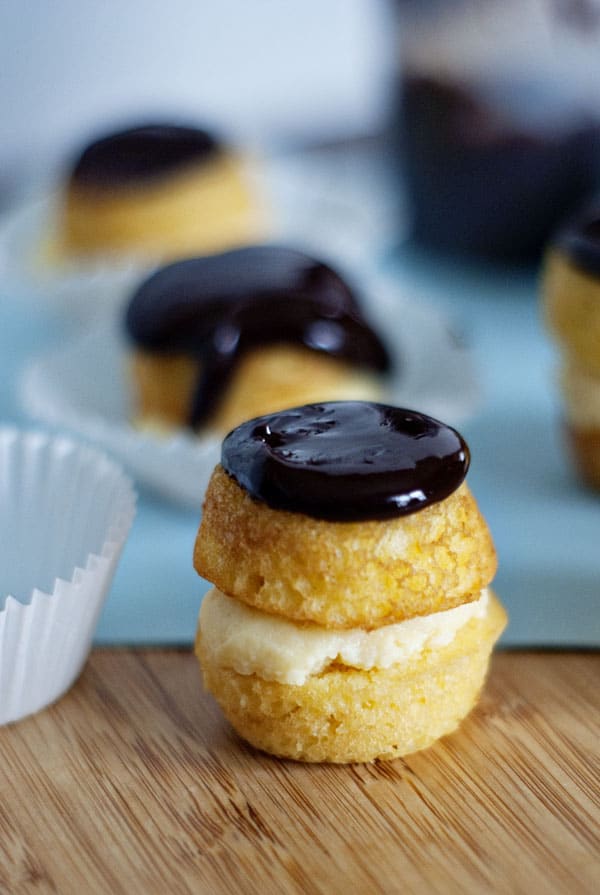 I’m not going to even come up with some clever anecdote to start this post with today because, let’s be honest, few things are better than mini food.  And since these Boston cream pies are pretty much the epitome of adorable vittles, we’re just going to dive right in.

I made these cuties a few weeks back for a brunch I was catering with an “around the world” theme. While they might not seem very ethnic (because they’re not) I included them in the menu alongside desserts like coconut lychee fruit rice pudding, and flan de leche as an homage to good ole’ American cuisine. Who doesn’t love Boston cream pie? Like, really. 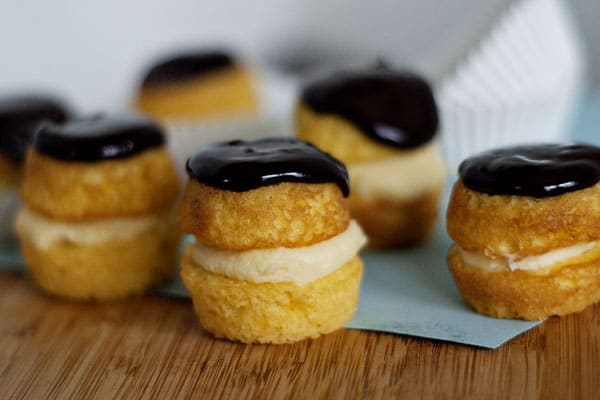 The three components of this lovely dessert are cake, pastry cream, and chocolate glaze. I went with a yellow cake mix for the base and used a recipe from America’s Test Kitchen for the pastry cream and glaze (recipes below). If you’re feeling baking-adventurous, a basic yellow sponge cake recipe will work well for the base. Or, if you’re on the other side of the spectrum, chilled vanilla pudding will work in place of the pastry cream. I will however, forbid you to use anything but the glaze recipe below. Its it delicious. It is decadent. It is pretty. The end. 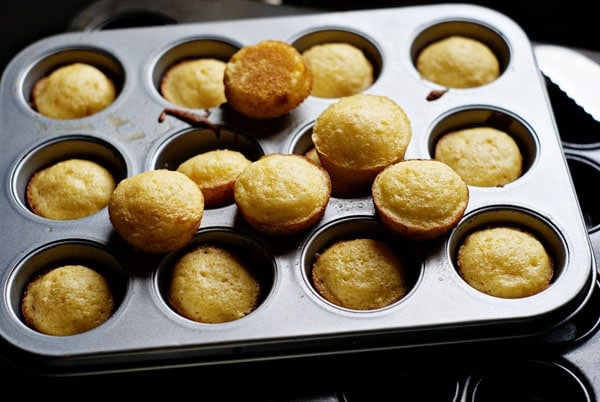 Using a serrated knife, slice the curved dome off of each muffin/cupcake. If I call these muffins can I justify eating more? 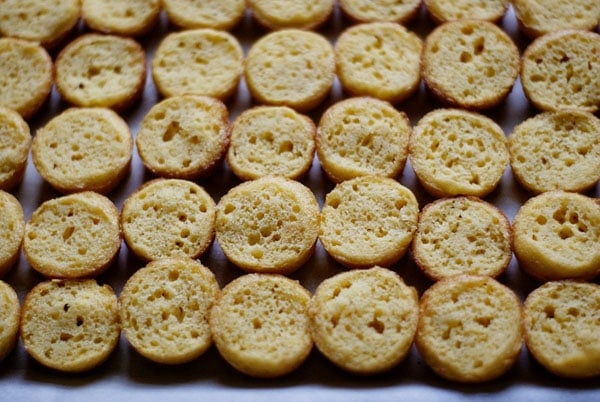 Make your pastry cream, let cool and then spoon into a pastry bag or even a large ziplock bag. Snip off the end and squeeze a nice little dollop of the cream on ½ of the cake rounds. 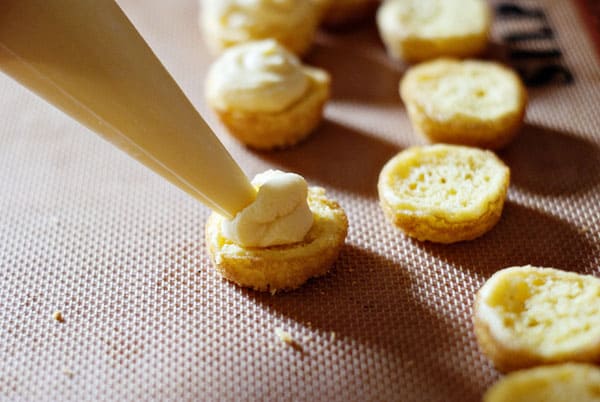 Place the remaining ½ of the cake rounds on the tops of the cream to create a little sandwich. Adorable, no? 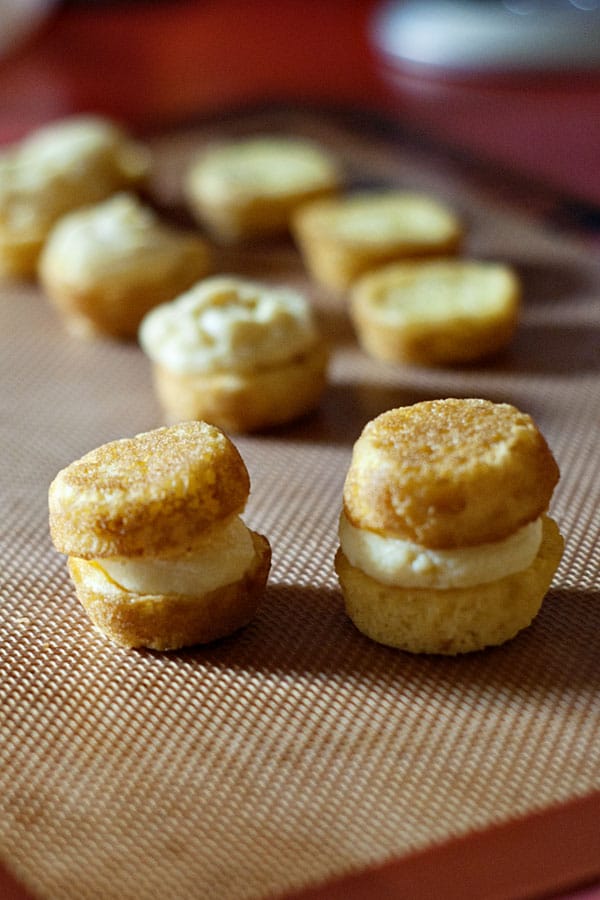 Make the glaze and transfer into a squeeze bottle if you have one and top each cake with the glaze. If you don’t have a squeeze bottle you can just spoon it onto the tops, but for the sake of these ending up pretty you might want to splurge and buy one. 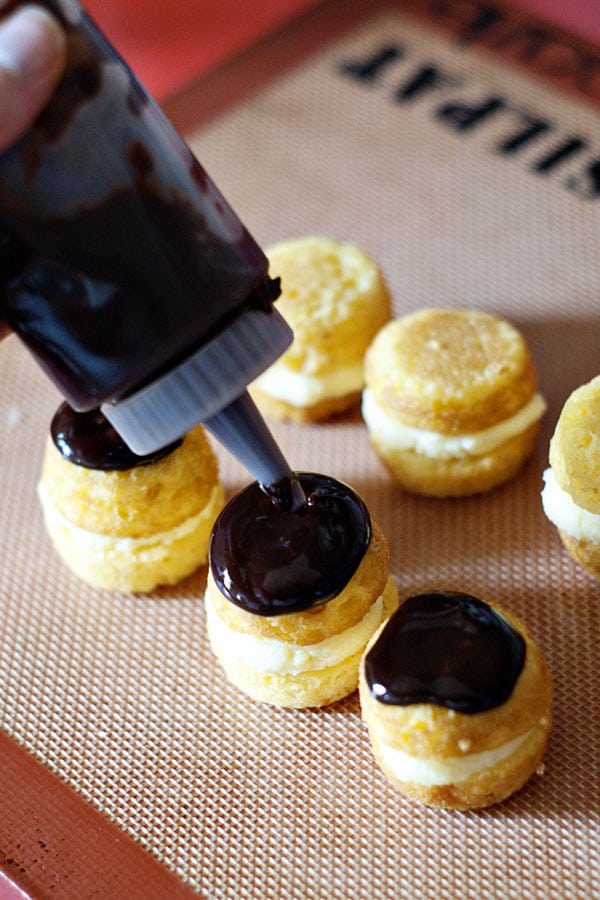 Plus, squeezing warm chocolate onto cake might be one of life’s choicest activities. Second only to eating these. 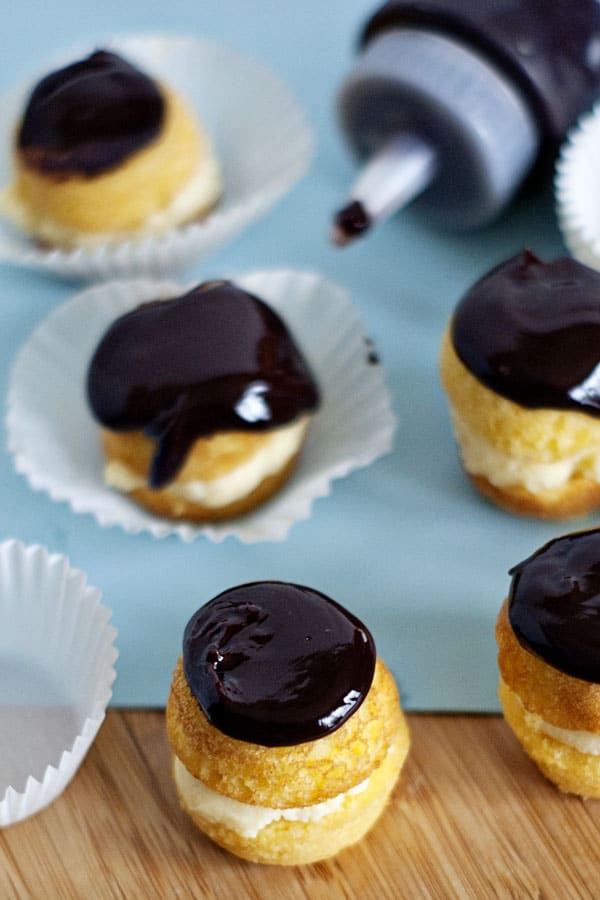 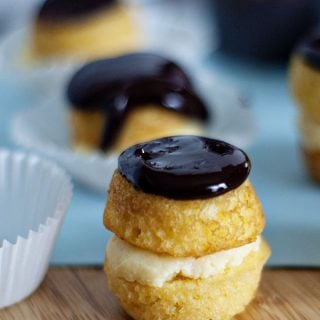 For the pastry cream: 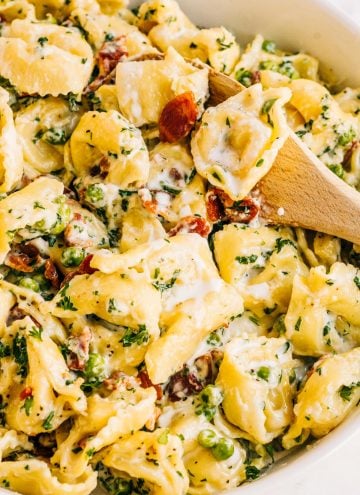 I'm creating a new local business and need all the input I can get! Can I bribe you with a copy of my "Family Dinner Favorites" Ebook to take the survey? I'll send it off as soon as I get your response!