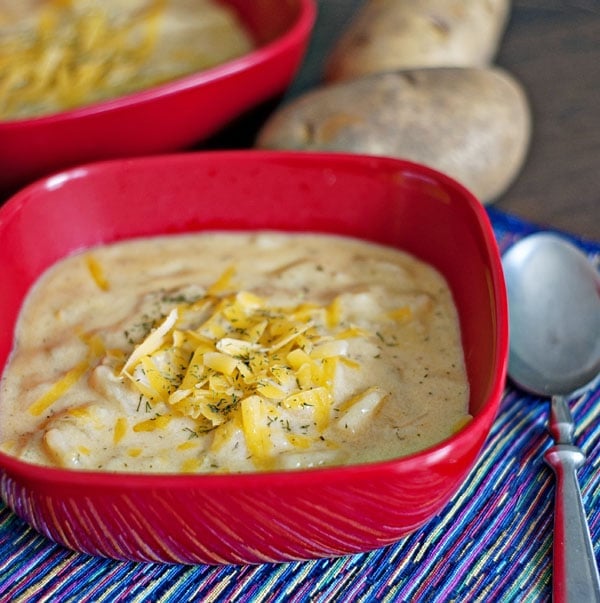 Well, hello strangers. Apparently I fall off the face of the blogging earth when I have a catering job. I can't believe it's been a whole week since I've been on, kinda. I volunteered to head up a brunch for about 50 people over the weekend at my church and I've been running around like a crazed woman trying to get it all done. Feeding 50 people may not sound like a completely over-whelming task but when you factor in that my hubby has basically been MIA because it's finals week at school and I have to still be mommy full-time to 2 little girls, things get real. REAL. Oh, and then there were the mini flan. Curse you mini flan! They were definitely one of the favorite desserts from the event but I will no one to ever have to make them. Mini muffin pans + caramel + water baths + trying to get the dang things out and still have them look pretty = never doing it again. Ever.

How excited are you for this cheese potato soup? I could basically eat it everyday for the rest of my life if I had an endless supply of this cornbread. I'd also have to take up residence at the gym and give-up any other indulgence, but I think it would be worth it. I've been tinkering with this recipe for a while now and it's finally ready for public approval. Though, it's already won over the hearts of my family and several other friends that I've pawned it off onto.

It can be made on the stove-top or crock-pot, depending on the time you have for cooking. I cooked it in my Ninja Cooking System in the pictures. Have I mentioned how much I love mine? LOVE IT! For more info on the cooking system see this post. 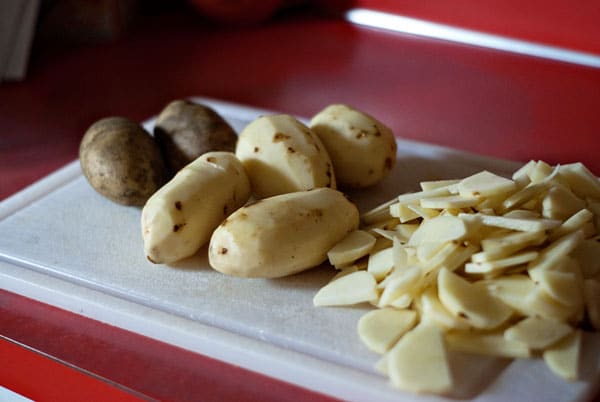 You'll also need some chopped onion, celery, chicken broth, and salt. Place all of them in your slow cooker on in a large pot on the stove and bring to a simmer. In the slow-cooker, cook on low for 6 hours/high 3-4, or over medium heat on the stove for about 30 minutes or until the potatoes and veggies are tender. 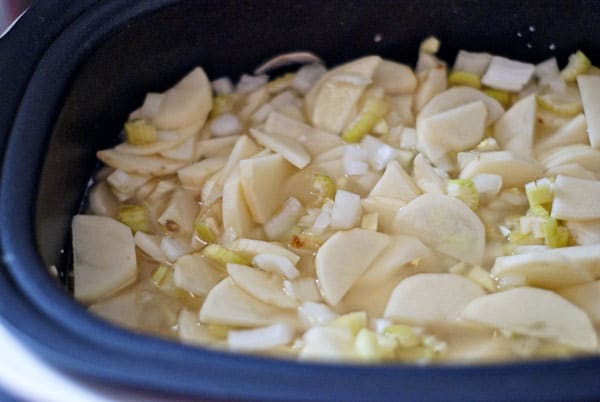 To the tender potatoes and veggies, add 2 C of half and half, and a little butter. Hey, I never said it was low-fat. 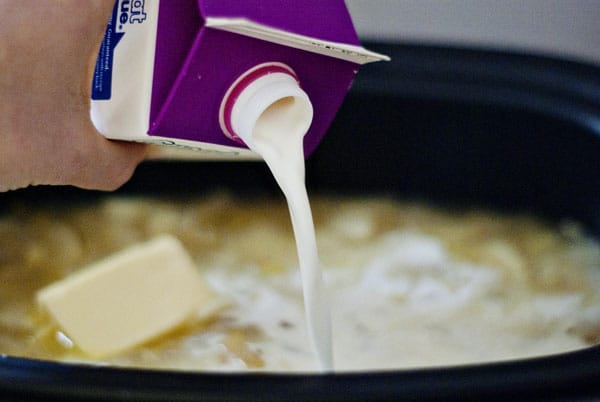 Oh, and then there's the glorious cheese... 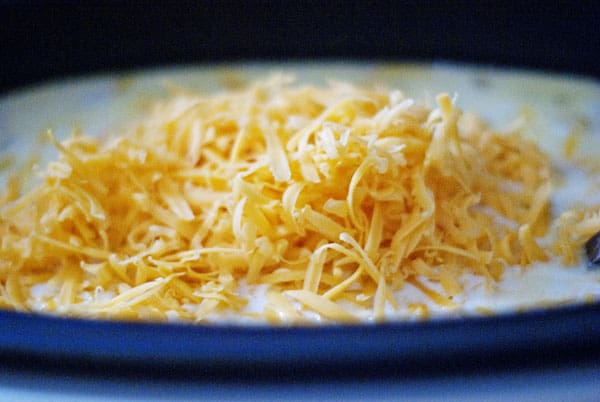 Give it a stir until the chseese is melted and then add some smoked paprika, dried dill weed and Worcestershire sauce for a little added zing. 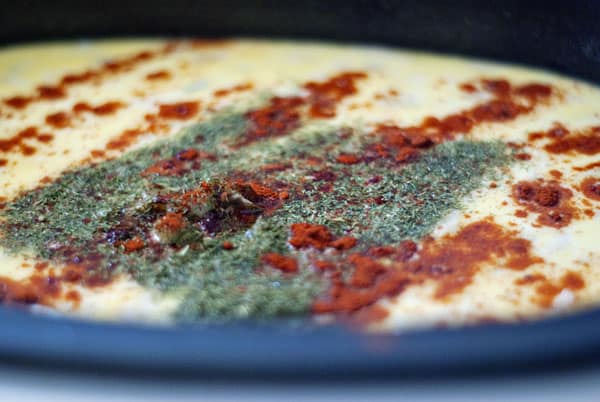 Mix ¼ C cornstarch with ½ C of cold water and stir into the soup. At this point you'll want to bring your soup back up to a simmer on the stove-top, stirring constantly until it's thickened. If you're using the slow-cooker turn it onto high, cover and let cook for an additional 15-20 minutes or until thickened, stirring every so often.

Serving this with generous amounts of corn bread will only result in happy, happy tummies. No more, no less. 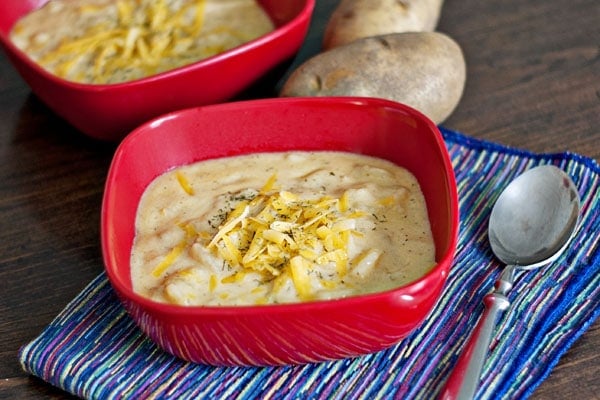