This Fiesta Slow Cooker Chicken Tortilla Soup is, hands-down my favorite slow cooker recipe. It takes just a few minutes to throw into the crockpot and cooks up full of flavor! 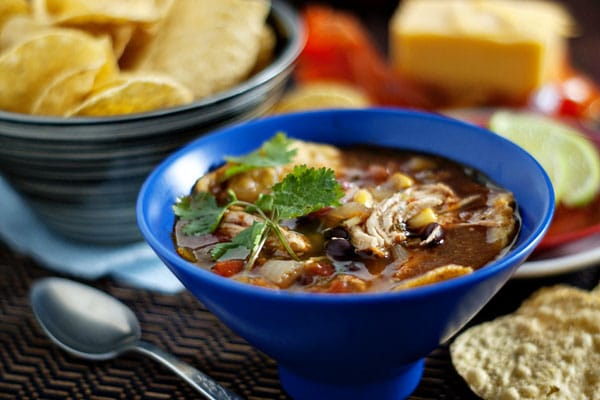 I've shared a lot of recipes over the years with friends and family but, this slow cooker chicken tortilla soup is hands down the one that gets requested the most often. Honestly, I'm really surprised I haven't already shared it if only to prevent me from having to email it to someone new. Forwarding emails are such taxing work, you know. I'd much rather sit and eat bon bons and watch Parenthood (do bon bons still exist?).

Here are a few reasons why I think this slow cooker chicken tortilla soup is a favorite (in no particular order):

Now that I've pretty much covered the "why," let's focus on the "how." You'll start by adding red enchilada sauce, chopped green chiles, diced tomatoes, and black beans into your slow-cooker. 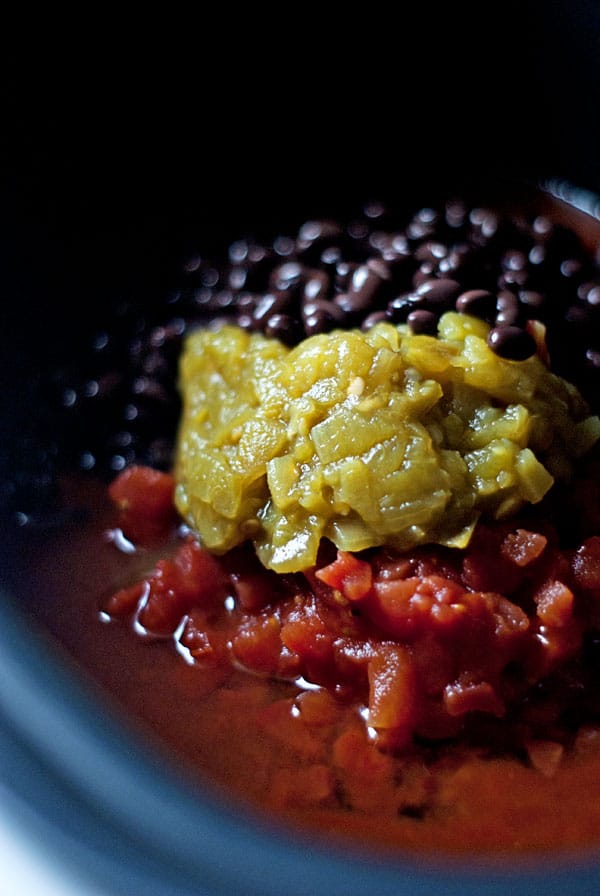 Followed by some frozen corn kernels... 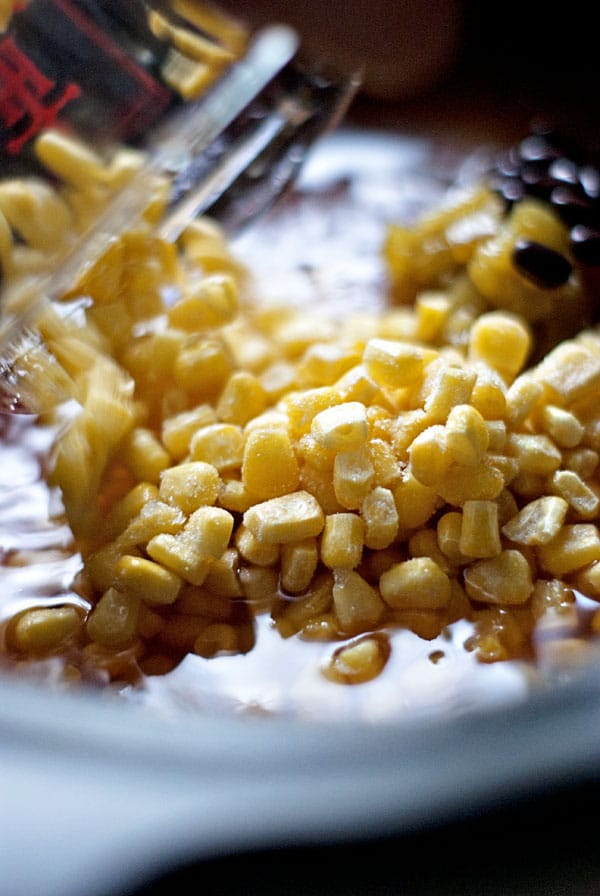 ...spices like cumin and chili powder, salt, oregano, and a bay leaf. You'll also chop up an onion and a few cloves of garlic and add them into the mix. You'll then pour a few cups of chicken broth over everything and stir it. 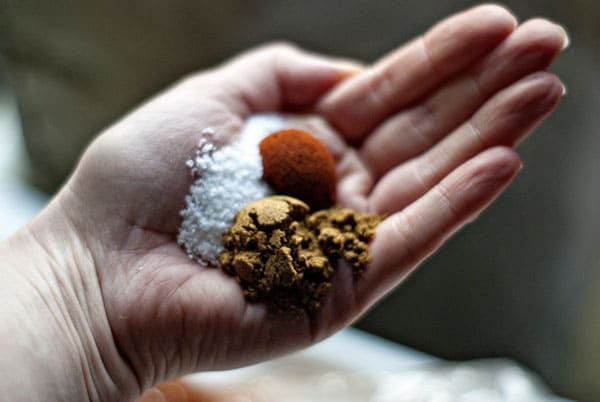 As a general rule, I never like to add frozen meat to my slow-cooker since it takes so long for it to come up to temperature. But, I break that rule whenever I make this soup. Such a rebel, I know. But I reason that the chicken breasts are individual, and the soup itself is brothy so they defrost really quickly and it saves me a step. Add two boneless skinless chicken breasts into the slow-cooker. 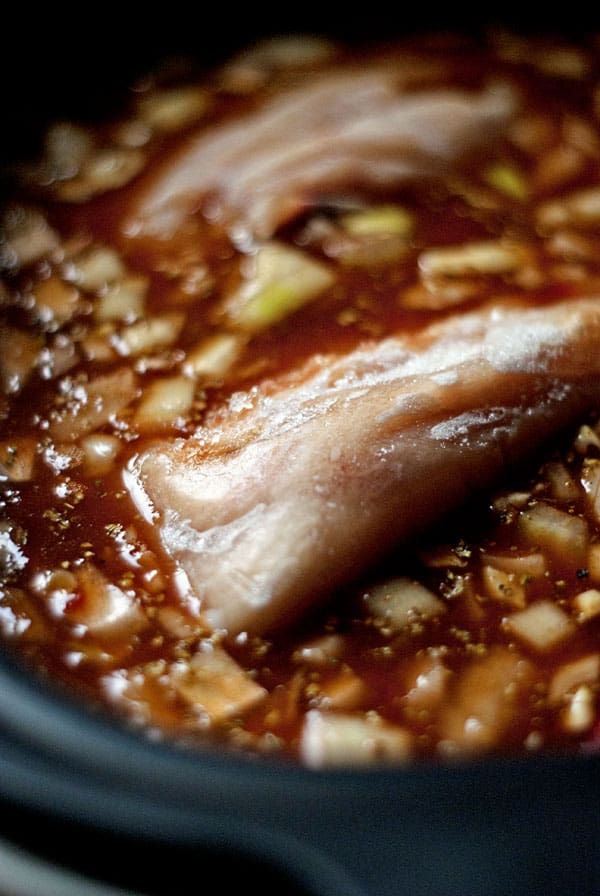 Let it rip and roll and do it's thing on HIGH for 3-4 hours or on LOW for 6-8. It's ready when the chicken shreds easily. Remove that easily shred-able chicken from the soup and shred it up. Meanwhile, stir a big handful of chopped fresh cilantro and the juice of 2 limes into the soup. 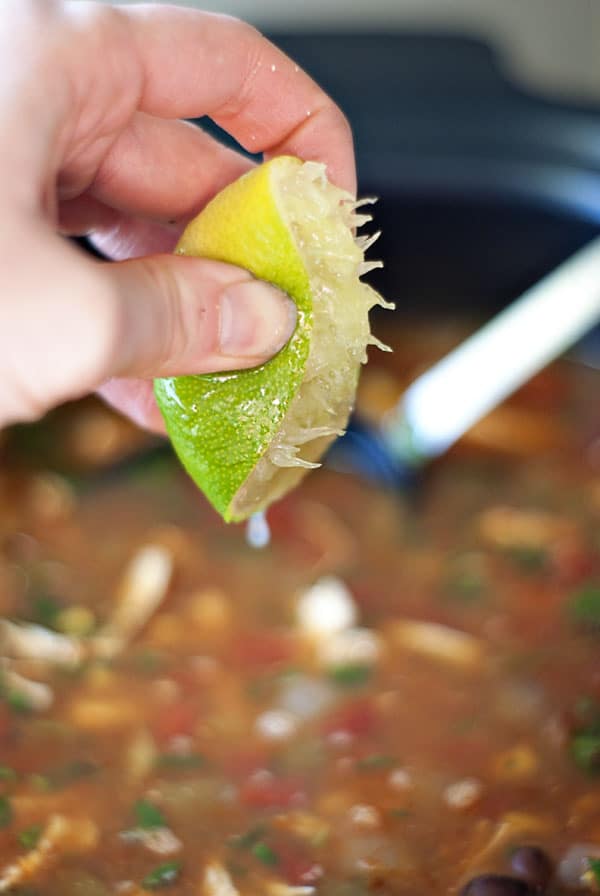 Return the chicken to it's home and serve hot with corn chips and cheese for maximum effect. The melted cheese paired with the still-slightly-crisp tortilla chips is heaven. 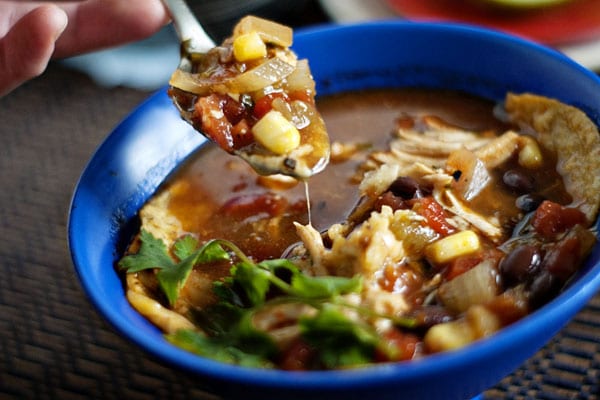 Ninja 3-in-1 Cooking System: I've owned this slow cooker for about six years (when they were first introduced), and I still love it. The stovetop feature allows me to sear and cook meats before allowing them to slow cook (fewer dishes) and there's a bake feature as well. 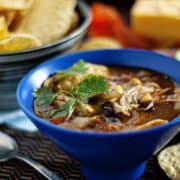 ARE WE FRIENDS ON INSTAGRAM?Tag me @heatherlikesfood and use #heatherlikesfood so I can see what you're making and enjoying!
Save This Recipe for Later!
« Bite-Sized Boston Cream Pie
Wonton Wrapped Mozzarella Sticks »