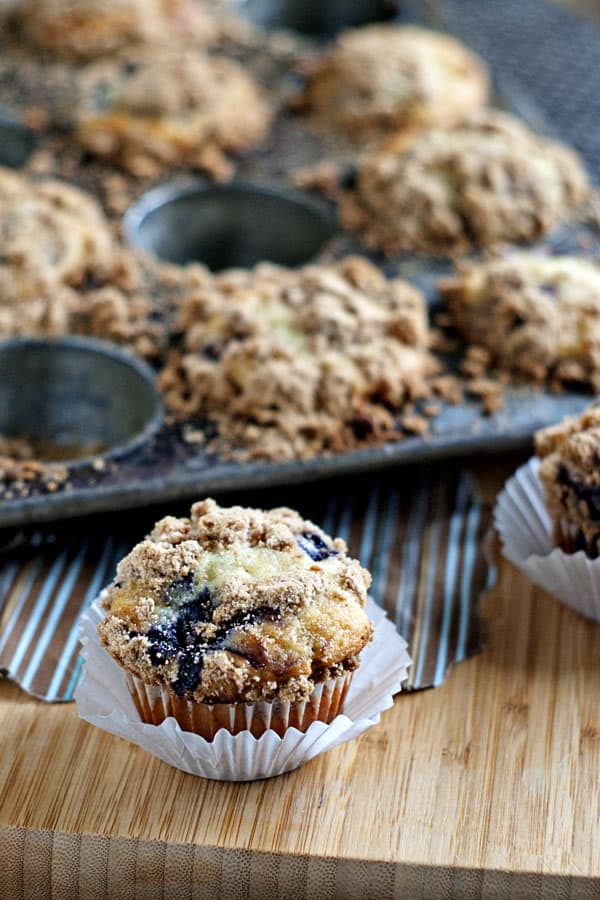 My 2 yr. old is the PICKIEST eater. At least she is compared to my first that might as well be dubbed the human garbage disposal or 6 yr olds. So I always keep a ginormous bag of frozen blueberries in the freezer because I know that at the end of the day, after she’s turned her nose at everything I’ve tried to give her, she’ll eat a bowl of them in a heartbeat. But sometimes the blueberries start taking over my freezer and it doesn’t matter how many smoothies we make, there are still too many. It’s about this time that the blueberry muffins make an appearance at our house.

I’ve been working on this recipe for a while now and I think it’s finally perfected. I will probably still try tweaking it down the road to make it healthier because let’s be honest, in the US we want our muffins to taste like cake, thus making them not so healthy. –Random side note, my first term at culinary school we made muffins from a traditional European recipe and thought we had screwed them up because they were so bland and unsweetened. Turns out we just like our sugar over on this side of the pond– But in the meantime, this recipe includes 2 cups of greek yogurt which gives them a good little protein boost while keeping them nice and moist. 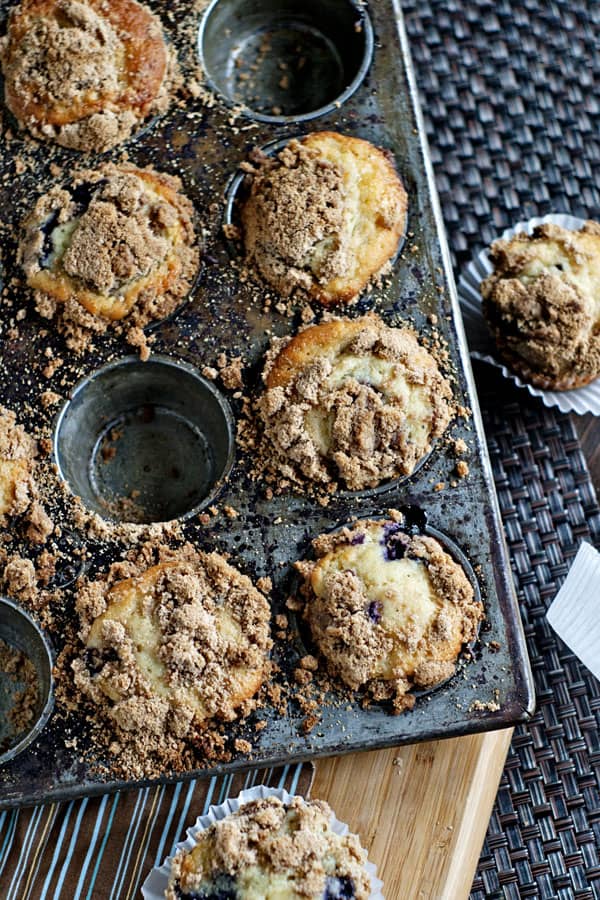 Plus they are brimming with big juicy blueberries so you really can’t feel guilty while eating one (or three, they go down really easy). If you want to make sure that the berries don’t all sink to the bottom, much like this one below, toss them in a few tablespoons of flour before adding them to the batter. This will also help to keep the juices from running into the batter, making the muffin blue throughout. 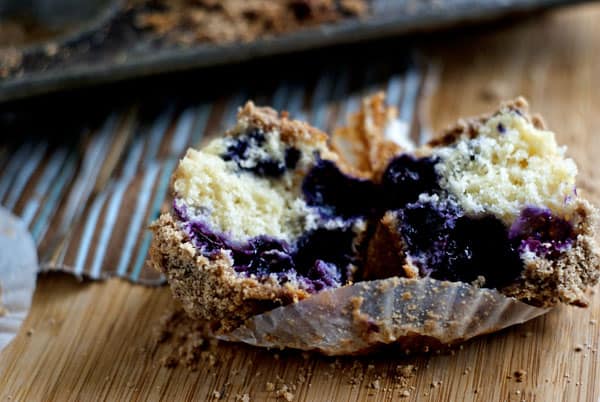 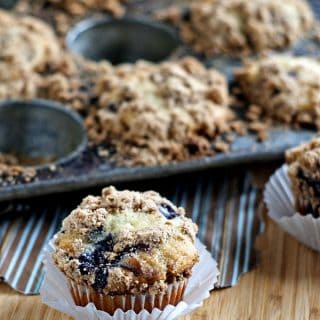