Slow Cooker Blackberry BBQ Pulled Pork – The slow cooker has been my very best friend the past few weeks. There’s nothing that quite compares to walking in the house after a suuuuuuper long day of work/school/running kids around like a crazy woman and having dinner hot and ready to go for us. Well, actually, a personal chef that cooked me nutritious, delicious, portion controlled meals at my beck and call would be nice– hello skinny jeans! But that’s not the point.

This blackberry bbq pork is the point. It only calls for 6 ingredients (2 of those are salt and pepper and olive oil) and the prep time is a quick 15 minutes in the morning before heading out the door. 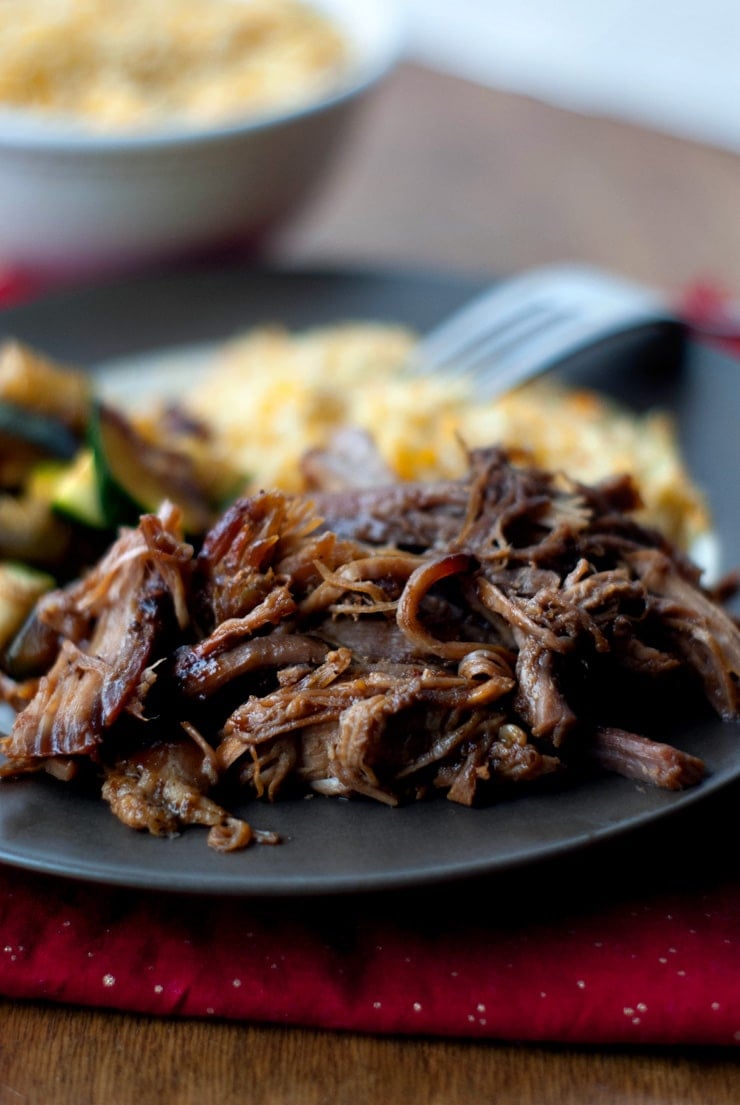 We’re boosting up the flavor here by infusing it with garlic goodness. Cut little slits all over the roast and insert halved garlic cloves into the meat. The garlic will soften and cook down into nothing and leave you with a sweet, garlicky end result. I’m using a pork picnic roast here just to keep things a little leaner, but if you want to be  naughty a pork shoulder roast would take this over the top. Shoulders are usually my go-to for pulled pork as they are highly marbled and create super juicy, tender, flavorful meat. Either way though, I think you’ll love this. 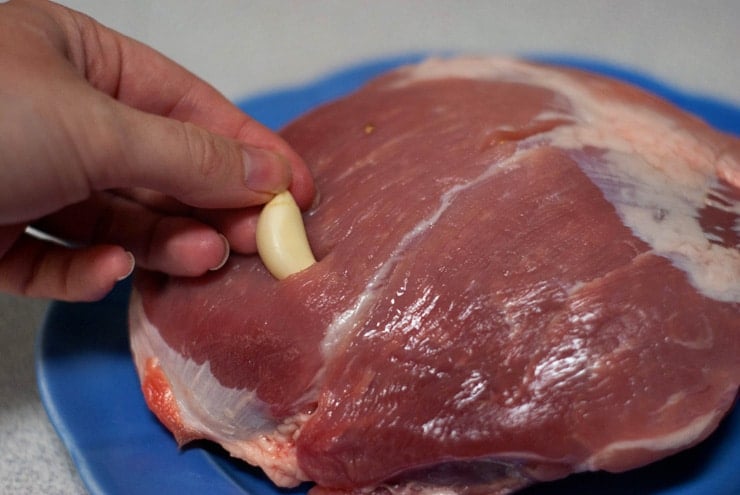 If I could only give one bit of advise to a new cook it would be to season, season, season! You don’t have to have a crazy well stocked spice cupboard, either (although that would be nice). Just salt and pepper go a loooooong way in the kitchen. So season your roast well with some salt and pepper on all sides and don’t be stingy. Remember that the salt you put on the outside has to season all 3 pounds of meat in the end! 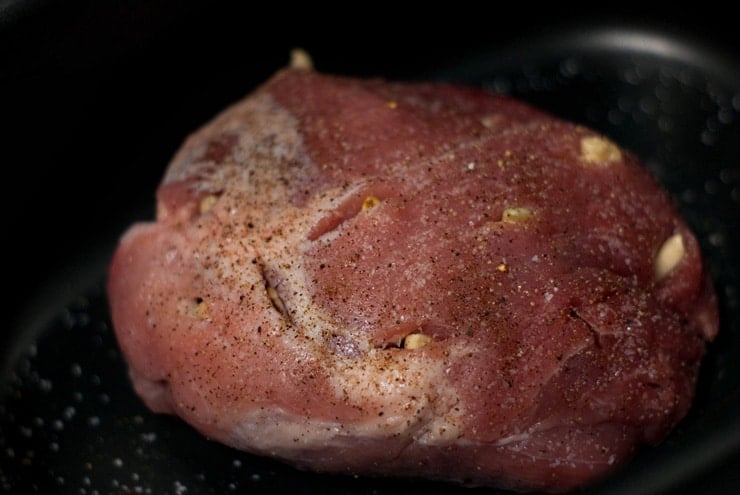 Another element of flavor comes from searing your meat first before letting it slow cook. A nice caramelized outside will give your finished product soo much flavor that it’s worth the extra step. 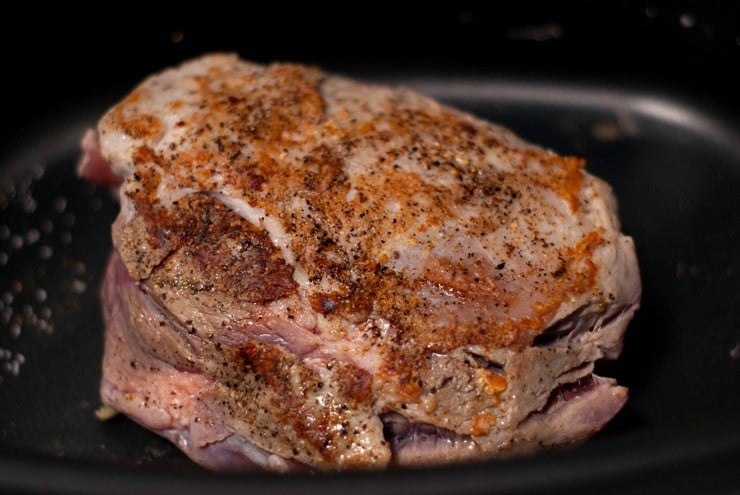 Once the meat has had its go in the slow cooker for 6-8 hours on low, it should be falling apart and tender. Shred it up and toss it with the sauce.  Our sauce is 2 ingredients, people! BBQ sauce and blackberry preserves. It can’t get much simpler that that. 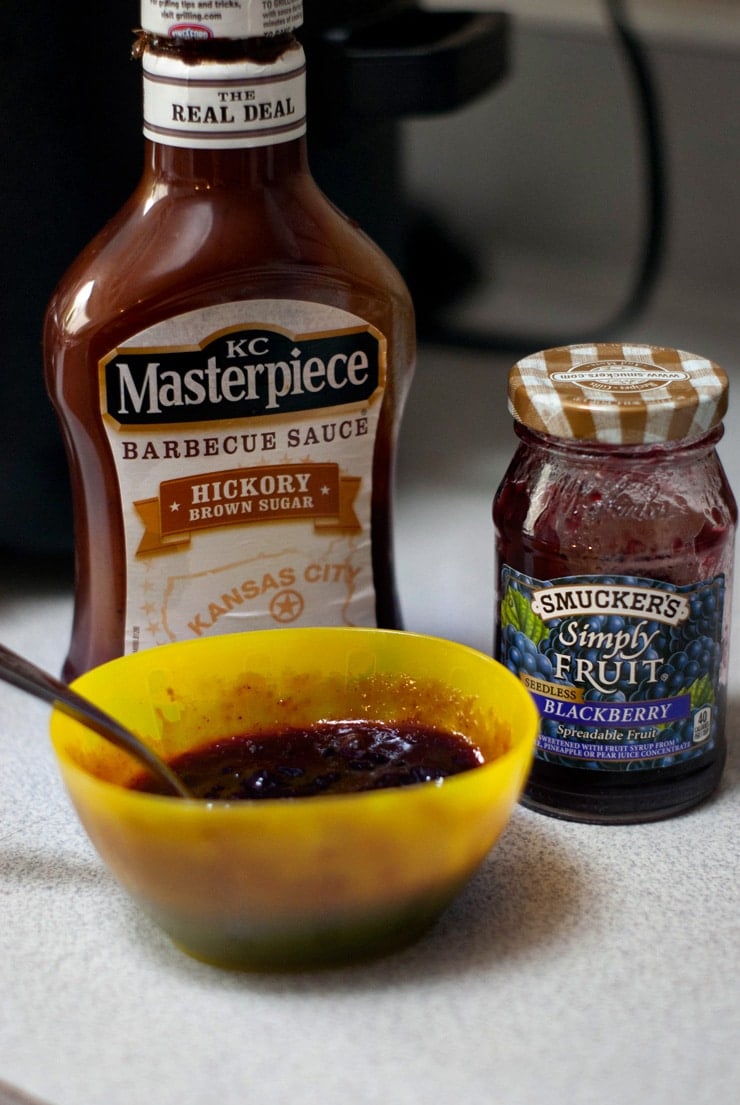 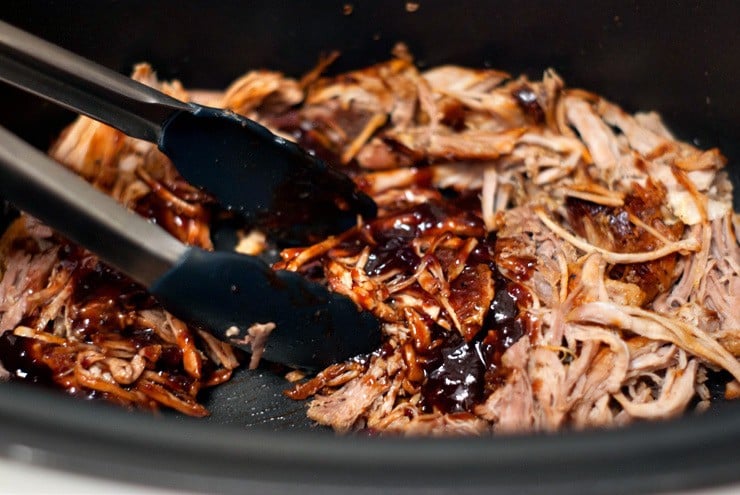 Give it a stir and serve atop rice, on bun, with a baked potato, or basically whatever your little heart desires. It makes great sandwiches, especially with some pepperoncinis to balance the sweetness! 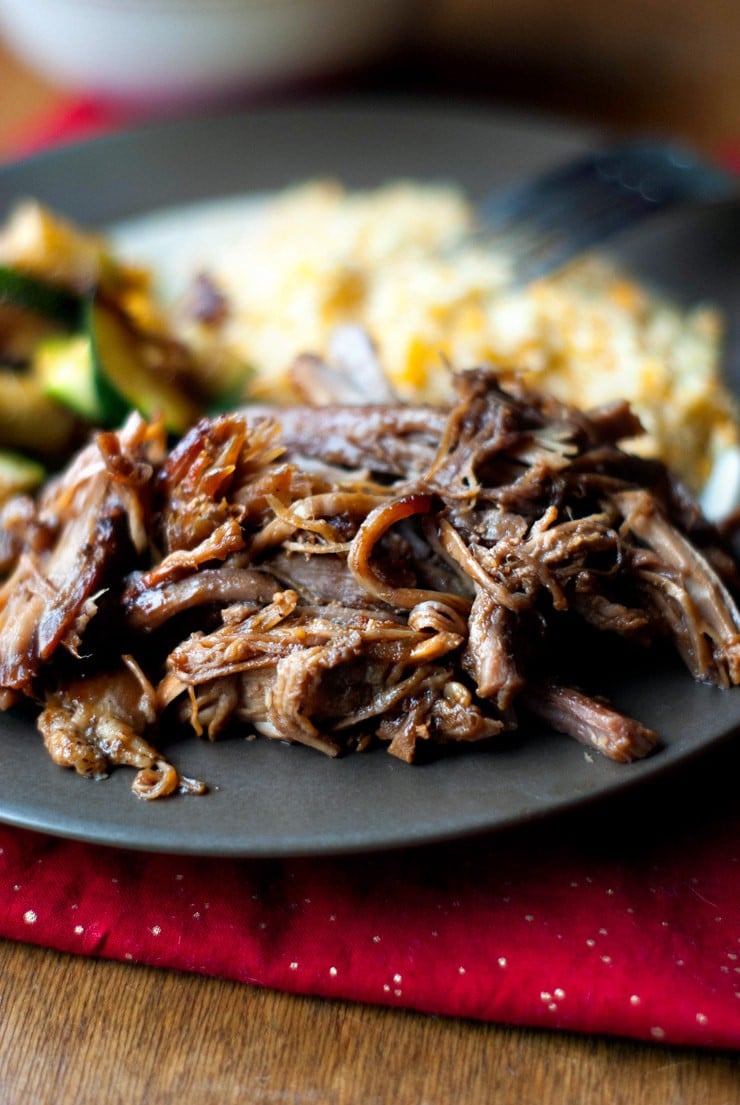 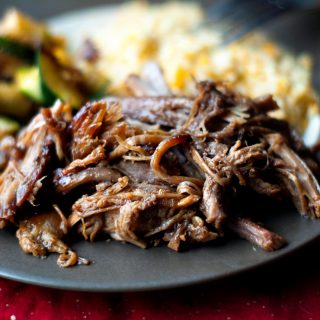