Instant Pot Pot Roast-- A Sunday dinner-worthy meal made in about an hour thanks to the Instant Pot and just a handful of ingredients. 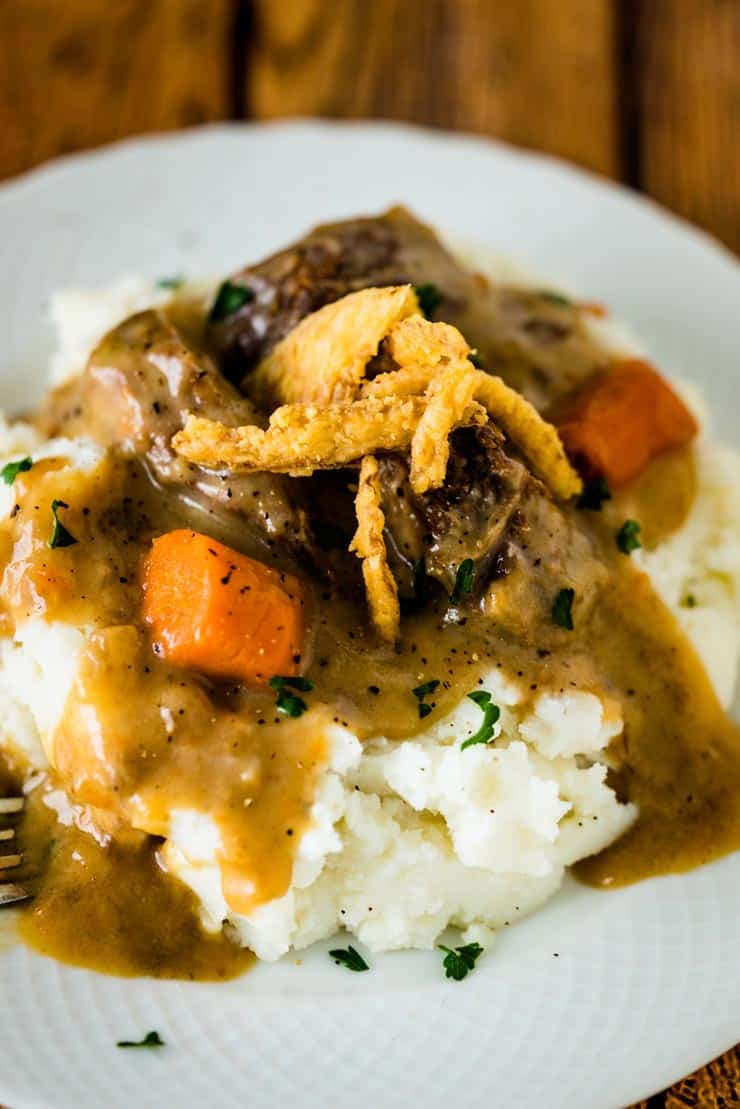 Instant Pot Pot Roast is one of my favorite things to make in my Instant Pot. I am admittedly unorganized when it comes to meal planning and traditional pot roast is something that just NEEDS planning.

With the Instant Pot, I can make an amazing fall-apart tender roast in just over an hour. Sure, I have to remember to pull it out of the freezer with ample time to thaw but it's a huge improvement over the 8 hours it takes to cook in the slow cooker! 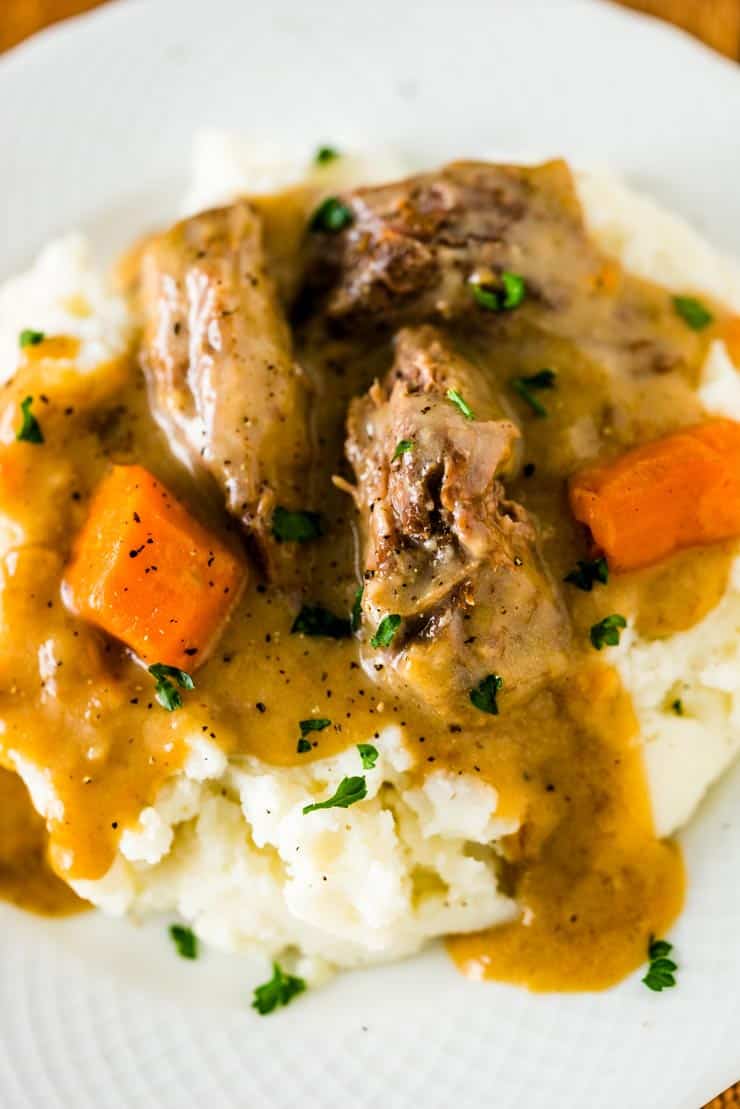 I named this Instant Pot Pot Roast "Tavern Style" because this recipe calls for cooking the roast in beer. I personally don't drink, but I LOVE to cook with alcohol because of the amazing flavor it can give. In this case, the beer lends a deep, rich flavor to the beef that you just can't get with other ingredients. 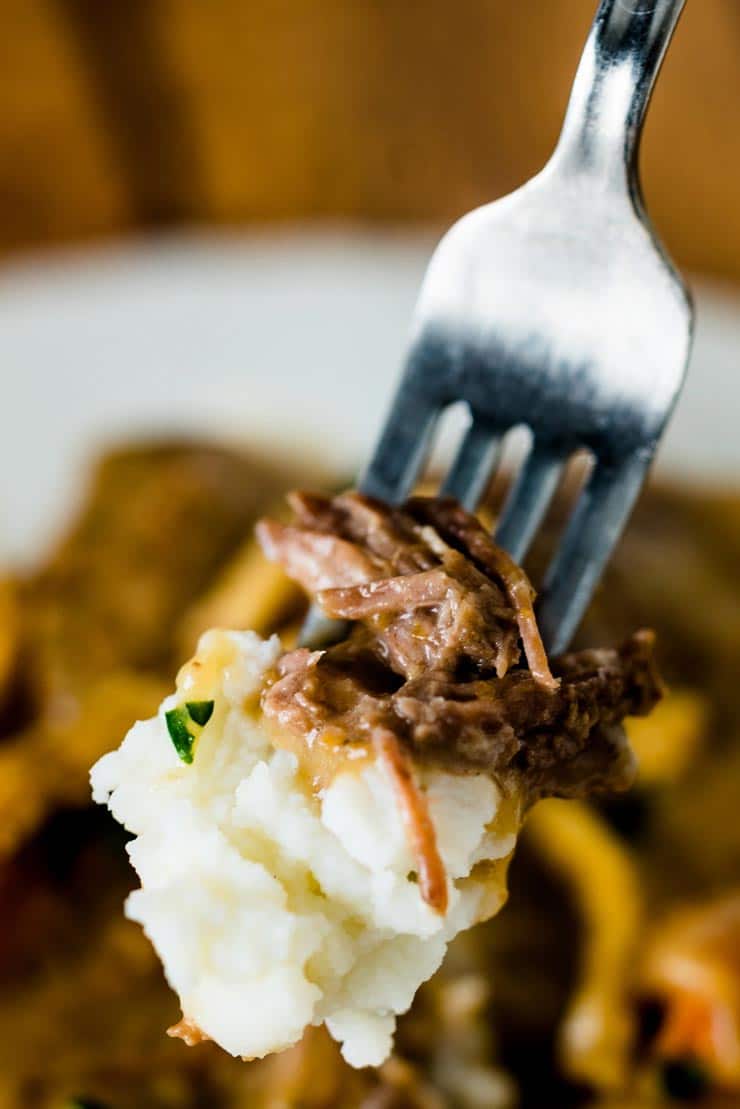 And the gravy? It get's made with the cooking liquids right in the Instant Pot after the roast is done, thanks to a short-cut ingredient and is rich and so, so flavorful. 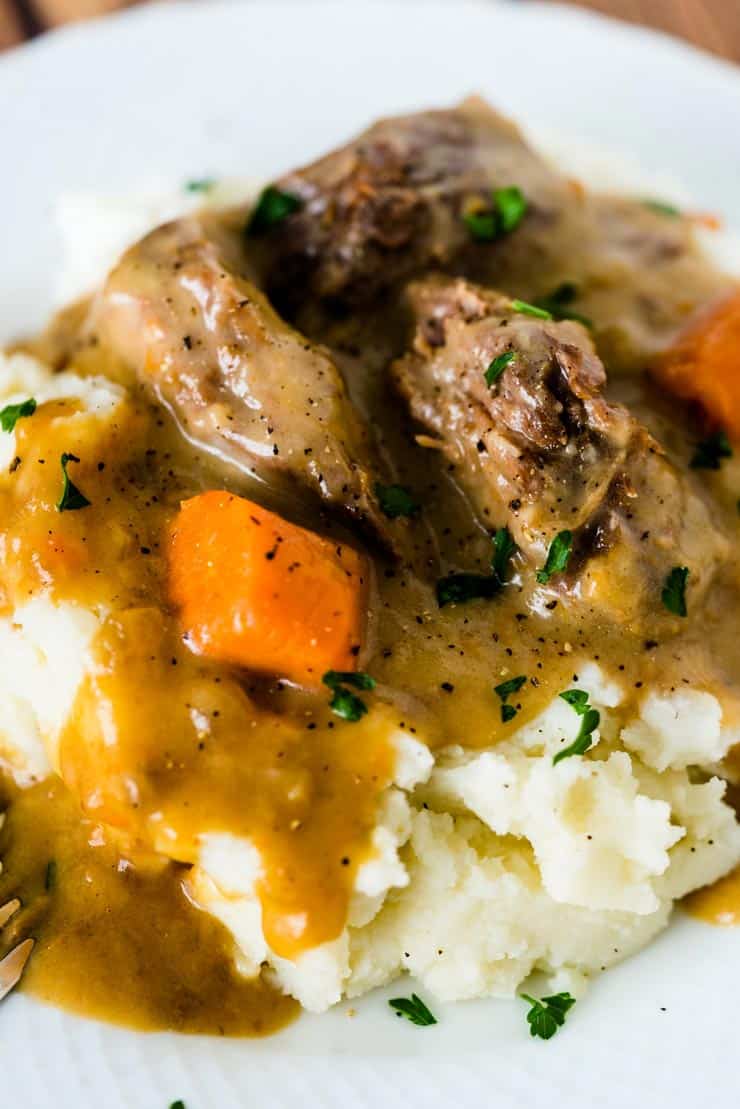 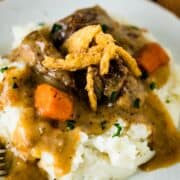 ARE WE FRIENDS ON INSTAGRAM?Tag me @heatherlikesfood and use #heatherlikesfood so I can see what you're making and enjoying!
Save This Recipe for Later!
« Instant Pot Zuppa Toscana
Creamy Slow-Cooker Tortellini Soup »