This method for Easy French Toast is a game changer! It is easy, hassle-free, golden brown and I’m pretty sure you’ll never make it another way after trying this recipe! 😉 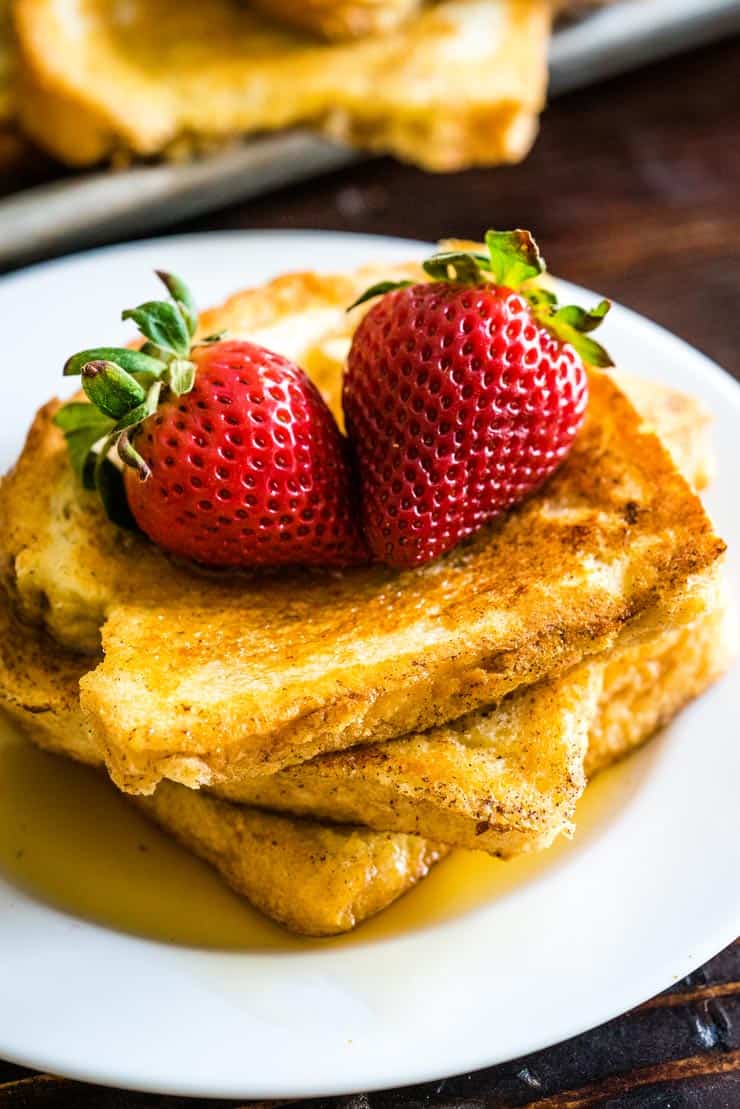 Why This Recipe Works

This easy french toast recipe works because it uses a sturdy white bread as a base that doesn’t fall apart when soaking up the custard. It is then baked in the oven on the lowest rack. The dry, even heat of the oven allows the custard to fully cook and brown the bottoms of the bread. Then, the french toast goes directly under the broiler for a short stay where it gets some crunch and browns to create the prettiest french toast you’ll ever make. It also only dirties ONE bowl and ONE baking sheet! Score!

This cinnamon french toast recipe makes french toast cooking fun and (almost) mess free! If you’ve always hated dipping slices of bread in the egg mixture and flipping slice after slice in a skillet while they cooked, you’re going to love this method!

You guys, I’ve made this recipe no less than three times in the last week. I’ve always LOVED french toast but kind of loathed the process. The drippy egg. The constant flipping. The sometimes soggy center. Welp, not anymore! I’m forever resigning from traditional french toast making methods and adopting this new method as the one-and-only true way to make it.

How To Make Easy French Toast

For Perfect Baked French Toast Do These Things: 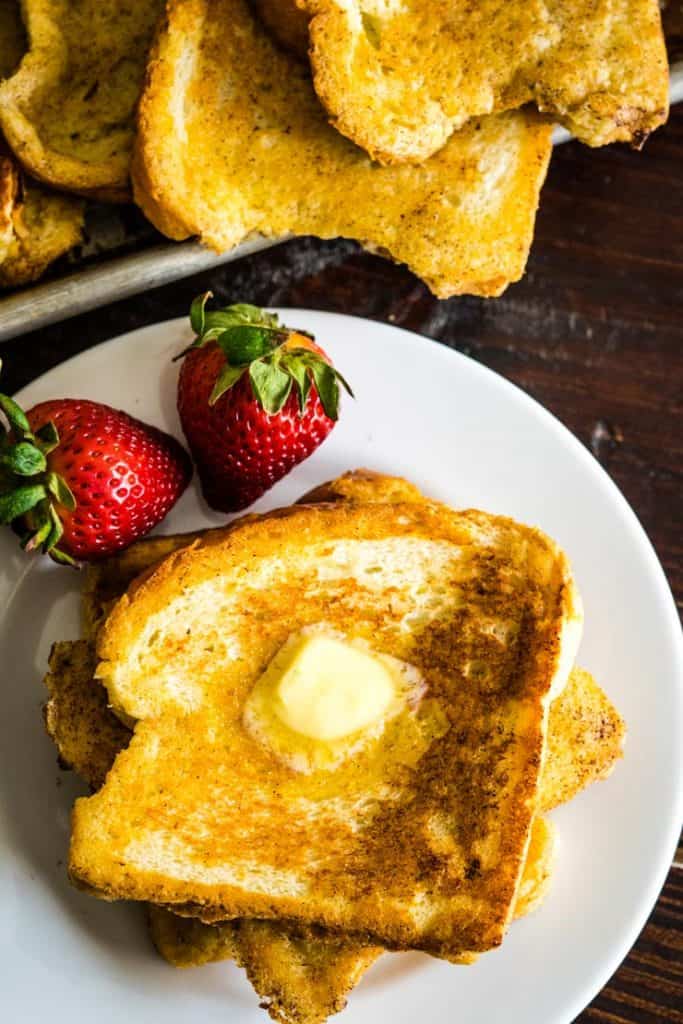 Can I Make This Sheet Pan French Toast Ahead?

Absolutely! This is one of the MANY virtues of french toast. Follow the recipe up until just before baking, cover with plastic wrap, refrigerate, and store up to overnight. When ready to bake, preheat the oven and follow the cooking directions as written. Now you never have an excuse for not making breakfast! 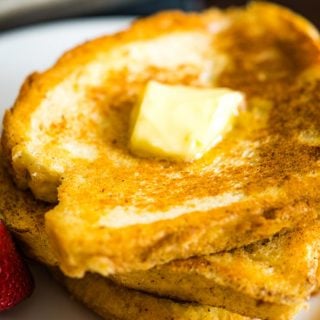 This french toast recipe is so quick and easy you'll never reach for another recipe again! You're only one bowl, one pan, and 20 minutes away from a hot, delicious breakfast!
By Heather Cheney
Print Pin Rate
Prep Time: 5 minutes
Cook Time: 20 minutes
Total Time: 25 minutes
Servings: 8 slices
Calories: 149kcal