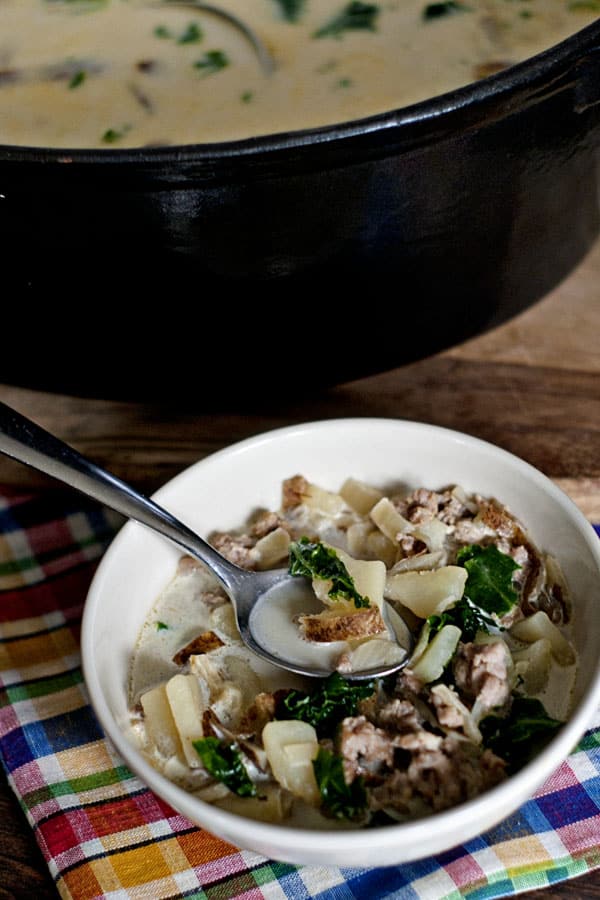 I’m kind of a soup freak. I think I’ve already established this fact here on this little blog o’ mine, but for the record– soup freak. 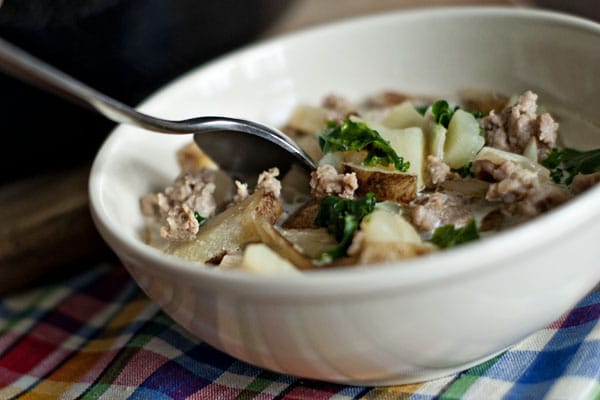 I’m thrilled that spring is peaking it’s head out of the ground in the form of flower bulbs and budding trees, but it also means that my justifiable soup making days are few. So I’ve got soup for you today.

It’s been a while since we’ve lived close to an Olive Garden, but I’ve always been a fan of their Zuppa Toscana. Now in all honesty, it’s been years since I’ve had their version but I think this recipe comes pretty darn close. The best part about this soup is that it is 100% a meal on its own. With lots of meat, potatoes, and a serving a greens, this is a perfectly hearty meal when served with a good loaf of crusty bread.  I believe that the original version has bacon in it but I like it without– I’m not much for multiple pork products in a meal. Also, I like to use a mix of regular Italian sausage and turkey Italian sausage to cut some calories but still keep it flavorful. 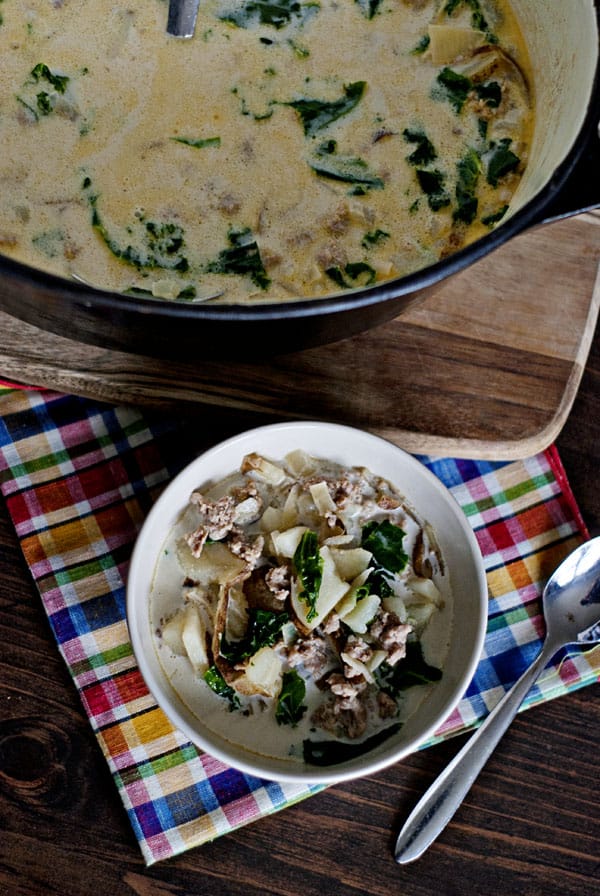 Are you one of those people that don’t qualify soup as a full meal? Stop that silly logic! Seriously, people.

Love it. Eat it. And let your bellies be filled by soup and soup alone! 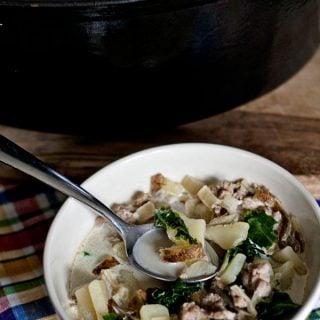