You’ll be hard-pressed to find a brownie I like better than these Mississippi Mud Brownies! They are so fudgy, gooey, and absolutely delish. 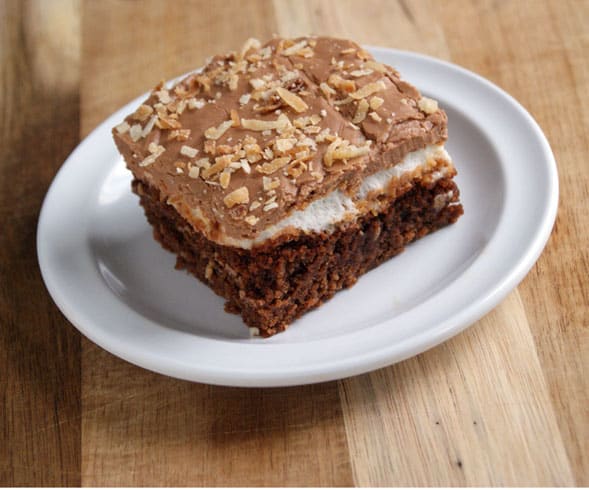 Mississippi Mud Brownies– How’s Summer treatin’ ya?  Heck! How have the past 6 months been? Seriously, people, I need a blogging intervention. I’m not going to make excuses or tell you why my life has been crazy because we all have crazy lives. BUT I am going to bribe you into being my friend again. You think it won’t work, but you are so so SO wrong. It’ll work- promise. These Mississippi Mud Brownies will have you knocking down my door for more recipes once you try them. If not, well, you’ve got seriously deranged tastes.

How to Make My Mississippi Mud Brownies

It all starts off with an ah-mazing basic brownie recipe. It’s moist, fudgy, and best of all- EASY! In goes the flour, cocoa, sugar, baking powder, and salt. 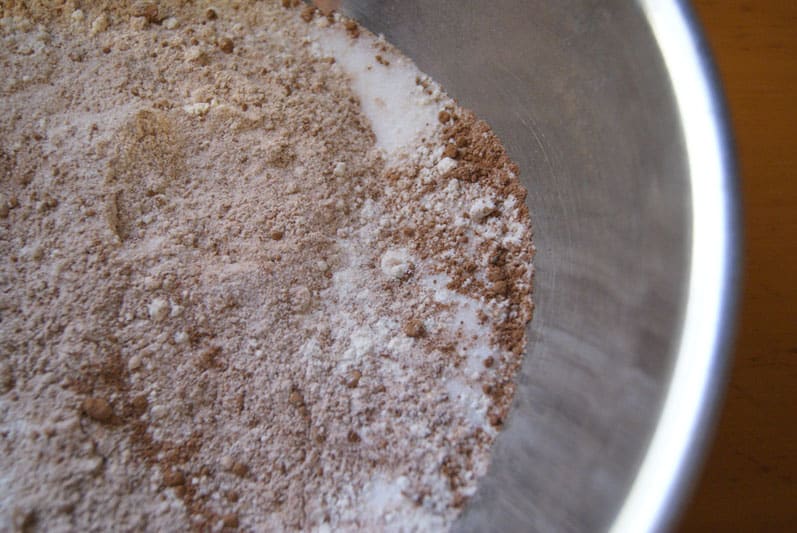 Two sticks of melted butter can’t hurt anything (in my humble opinion) and a few eggs. Make sure your eggs are room temperature before adding them in. Because what happens when cold eggs hit melted butter? Yup, your butter isn’t melted anymore and it will change the texture of the brownies, yay for science! I usually just plop my eggs in bowl of warm water (with shells still on!) a few minutes before using them and it does the trick. 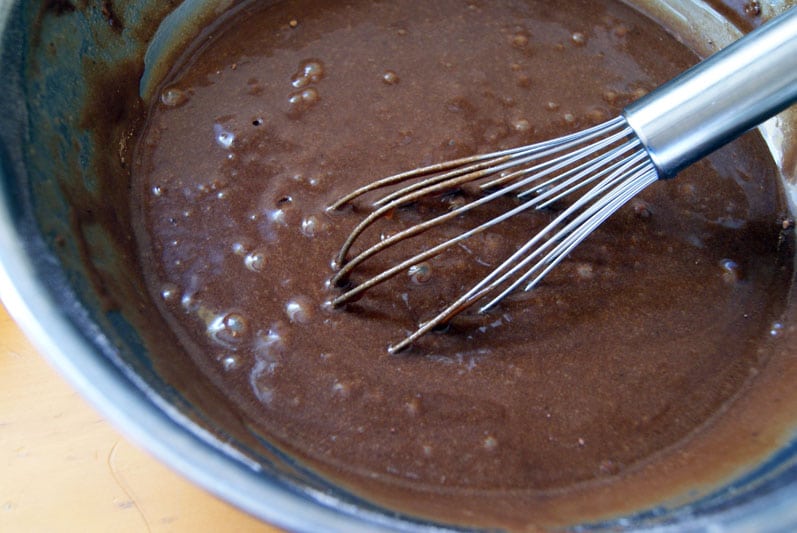 The original recipe suggests using an electric mixer and beating the batter for 3 minutes, but I skipped the mixer, used a whisk, and only stirred until everything was just incorporated. Mixing for a longer period of time only creates gluten and incorporates air in the batter which can make the Mississippi mud brownies turn out tough and dry. 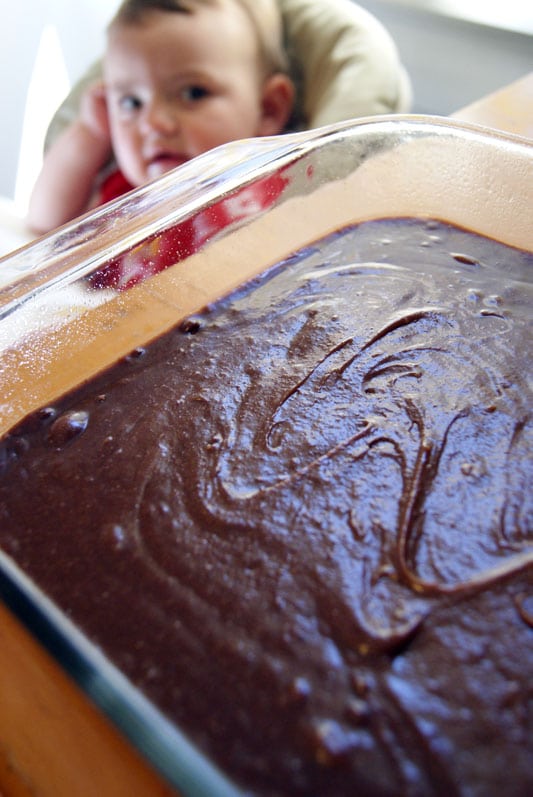 See my little cutie-pie giving me the “what-the-heck-are-you-doing-mom?” stink eye? I love her.  Spread your batter into a greased 9×13 pan and pop into a 350-degree oven. My brownies were done in about 35 minutes. The original recipe suggests 25-30, and the ladies of Our Best Bites say 40-50 minutes. It looks like this recipe really reacts to elevation so I’d say start checking at 25 and go from there. Stick a toothpick in the middle and when it comes out just barely clean, you’re good to go! See all the holes in the middle? It took me a few tries too. 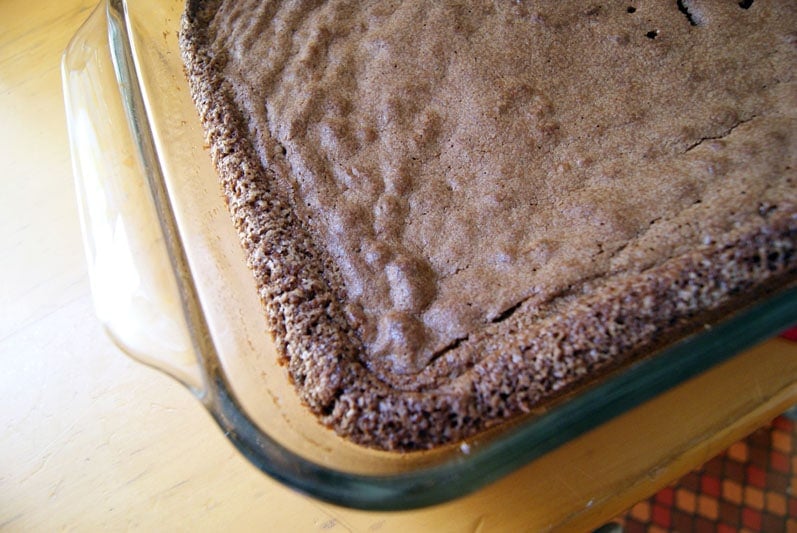 What Kind of Marshmallows Should I Use for Mississippi Mud Brownies? 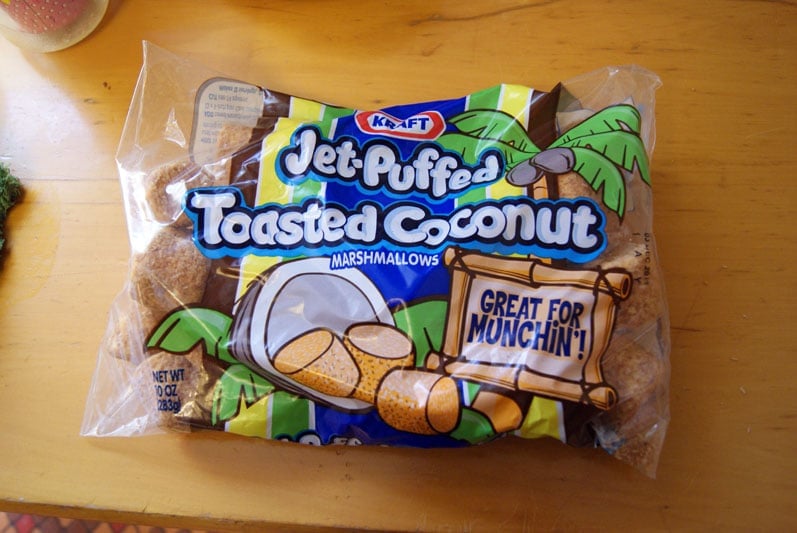 BUT, if you really want to go crazy, which I totally encourage, try it with these toasted coconut marshmallows from Kraft. They. Are. Amazing. and totally make these Mississippi mud brownies do the jig on your tongue. No worries though, regular marshmallows will be just as good. Kinda. 😉 I found the coconut marshmallows here. 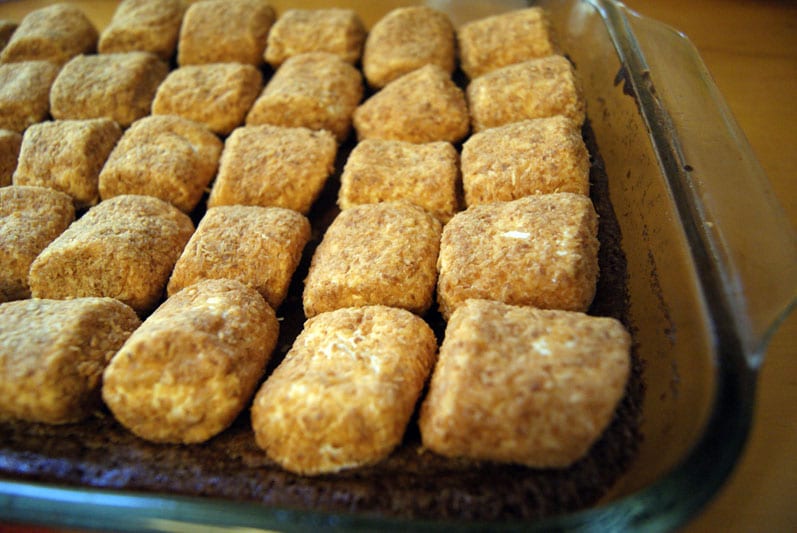 All in a row… and back into the oven they go! Bake for another 3-4 minutes or until they are all puffed up and starting to brown. 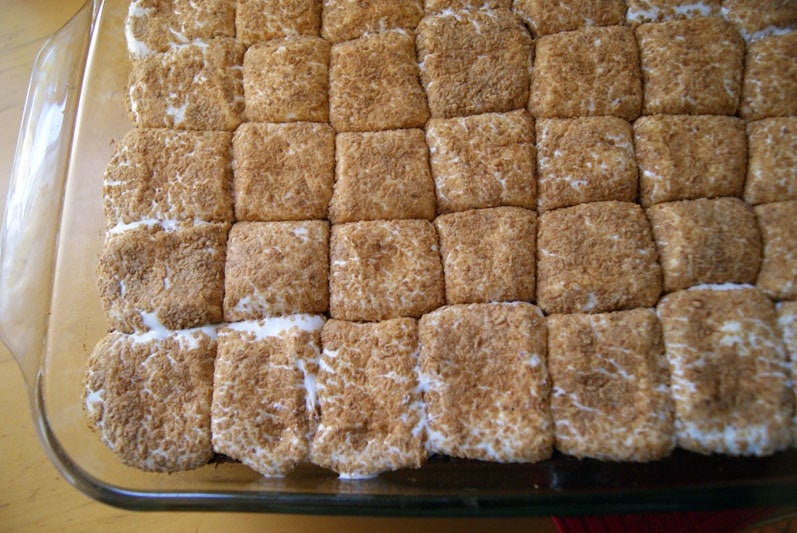 See? It was really hard resisting the urge to pull one of the perfectly melted marshmallows off the top but I succeeded. Yep, go me!  At this point, you’ll want to let the brownies cool completely and remain unscathed by curious fingers. It will be hard, but you can do it. Just make the frosting and snitch from it while you’re waiting.

Once cooled, spread on the frosting, sprinkle on a little toasted coconut if you’re feeling crazy and let the good times roll.

Try this Milk Chocolate Coconut Cream Pie or this Hot Fudge Cake in A Cup! The cream pie is ridiculously delicious and the hot fudge cake is made in just a few minutes in your microwave! 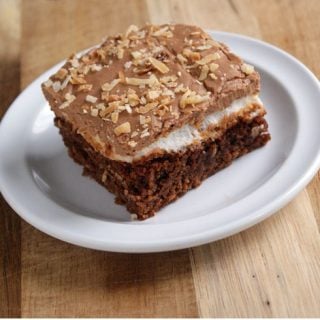