You Are Here: Home / Side Dish Recipes / Soup and Stew Recipes / Cauliflower Chowder

This Cauliflower Chowder has all the richness of it’s naughtier counterpart, potato chowder, without all the calories! It’s low carb, creamy, rich, deliciousness. 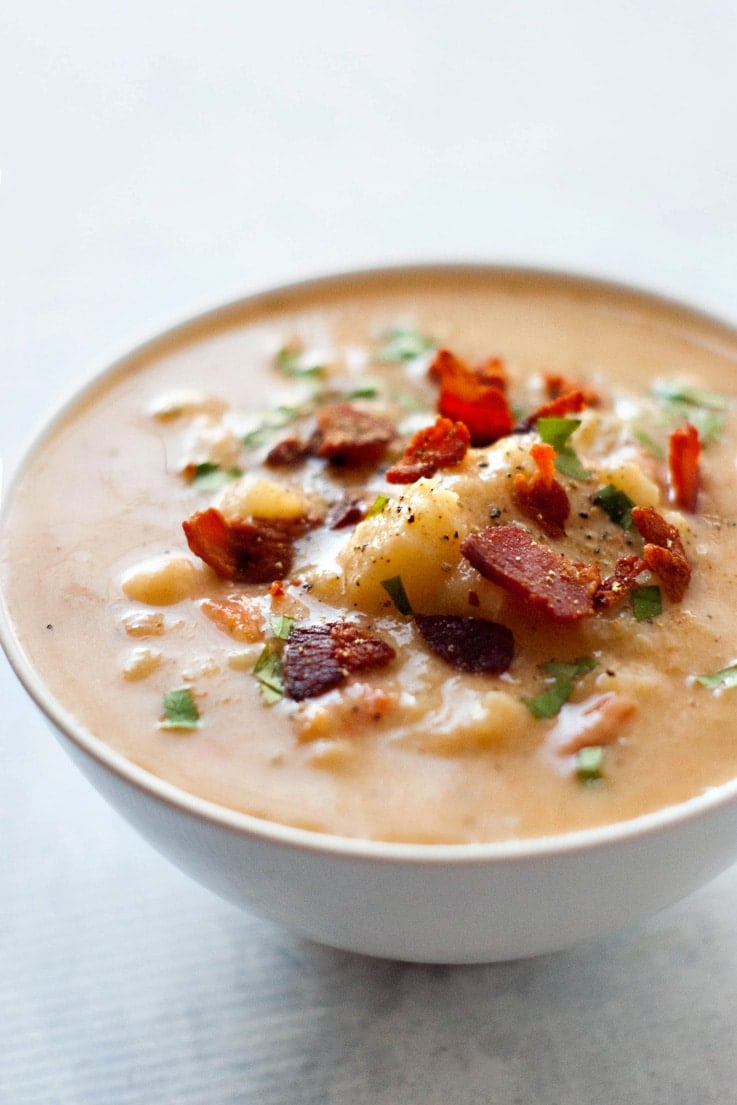 Not to toot my own horn or anything, but doesn’t this cauliflower chowder picture make you want to jump into the bowl and wallow in its goodness? I mean, I think I’m a pretty decent photographer of my food, but come on! That crispy bacon is calling to me.

I’ll stop. But really, I love this soup. Er.. chowder. Maybe it’s souper chowder? <— see what i did there?  Hardy har.

Have I mentioned my baby doesn’t let me sleep at night?

So I’m a big fan of cheesy potato soup and my recipe is one of my favorite, warming comfort foods. It has cream, and cheese, and potatoes and everything rich lovely in this world, but it’s not so friendly on the derriere. So, I decided to take that recipe and try to make a lighter and possibly just as tasty version of that soup as I could. I needed it to be filling. I needed it to be rich and creamy. And I needed to taste much more naughty than it was.

It turns out that it was all of those things and it rocked!

So if you’re in need of all those things I mentioned above and you can’t afford the calories of my original recipe, try this. I don’t think you’ll be disappointed!  Plus you can totally justify topping it with bacon because the soup is packed with veggies and basically cancels it out. Basically. 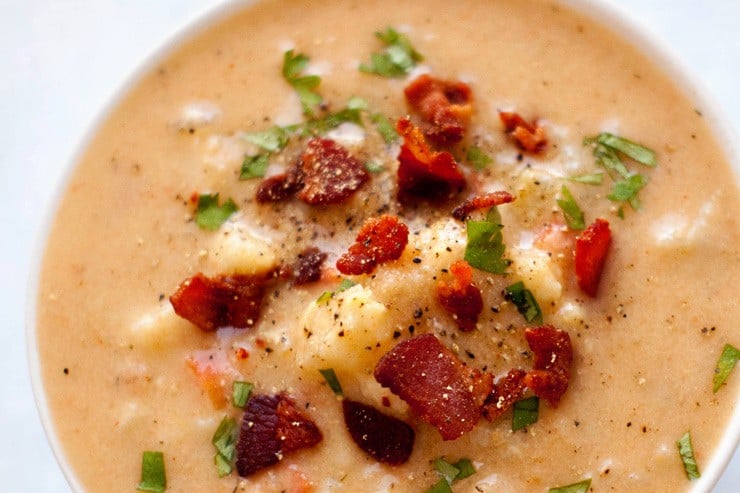 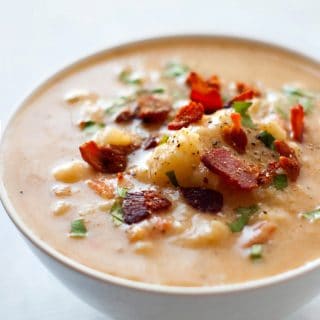