Truth: “Banh Mi” is actually the Vietnamese term for all types of bread and baguettes but it’s evolved and now refers to a meat-filled sandwich found in Vietnamese bakeries.

Truth: I’ve taken some liberties with this recipe and don’t claim this as an authentic banh mi. 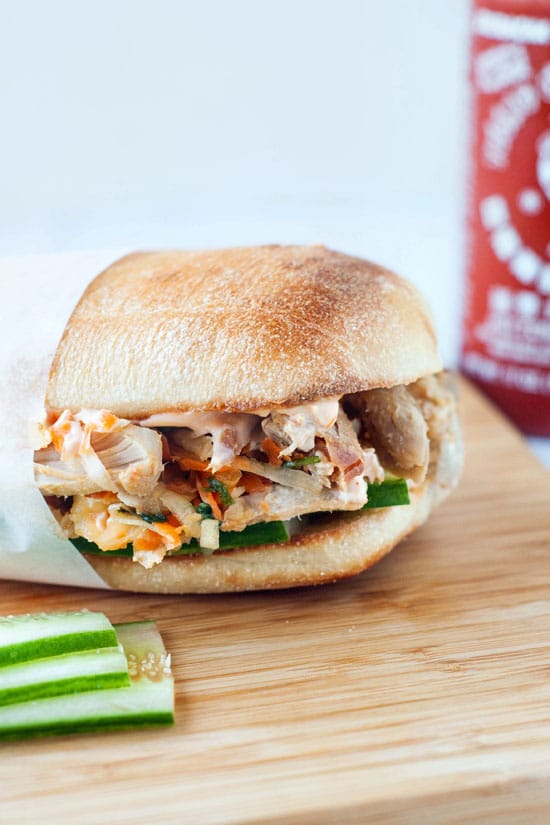 How to Start Your Banh Mi Style Pulled Pork Sandwiches

The meat starts off in the slow cooker where it slow-roasts for hours and gets fall-apart tender. The sauce it’s cooked in is a combo of sweet chili sauce (click here to learn a little about it), lime juice, and fish sauce. Fish sauce is a key ingredient in Thai and Vietnamese cooking and doesn’t actually taste as “fishy” as one would think. While I fully encourage you to give it a go, soy sauce can be substituted if you can’t get past the name. 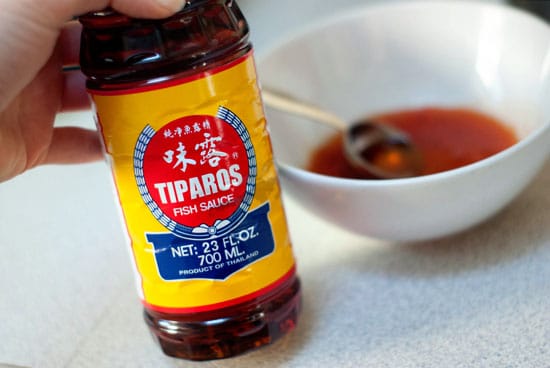 Stir up the sauce and pour over the pork in the slow-cooker. I usually like to use a pork shoulder, but this time I used a pork sirloin roast which is a good choice if you want something a bit leaner. 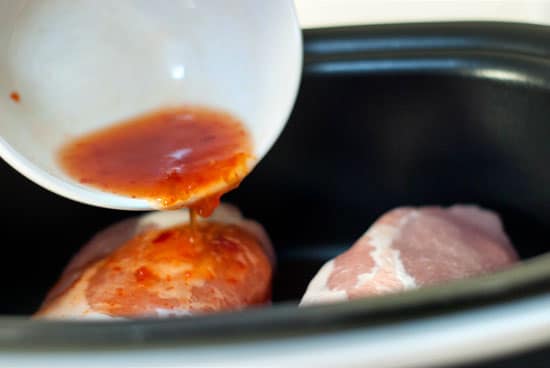 While the pork is cooking, let’s put together a little cool, crisp, slaw. One of the main components of this slaw is daikon and if you haven’t had it it’s a super mild white raddish that you can find in most produce sections. Sometimes it’s called Japanese raddish but you’ll be able to spot it because it basically looks like a long, giant root. 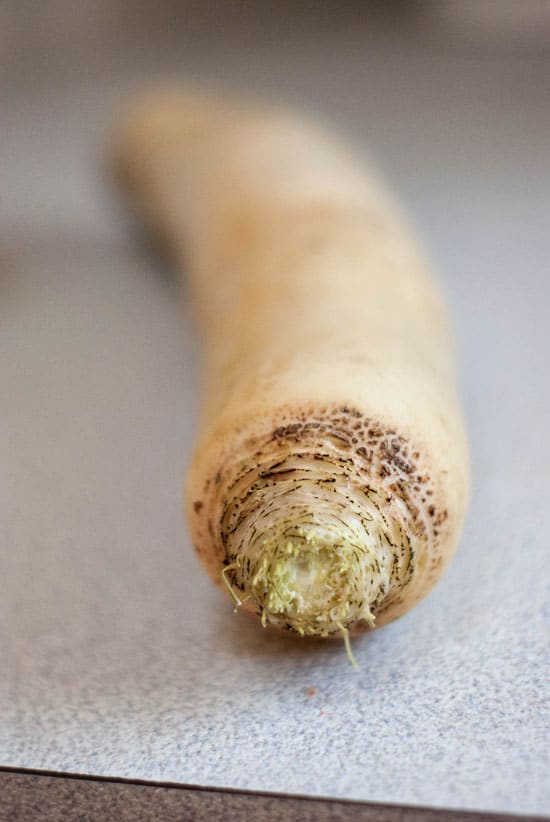 Shred some daikon and carrot, throw in some fresh cilantro and toss with a dressing made of rice wine vinegar, sugar, sesame oil, and  a little salt. It’s okay if you get this put together a few hours before you’re ready to serve because the carrots and daikon hold their crunch really well. 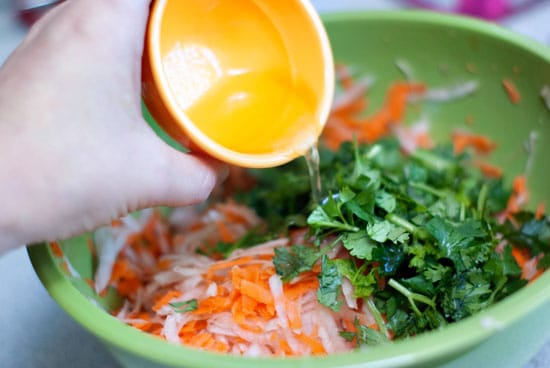 After 6-8 hours your meat should be full cooked and ready to go. Take the pork out of the slow cooker and place on a plate to easily shred. Pour the cooking liquid from the slow cooker into a separate bowl, skim the fat off the top and combine 1 cup of that liquid with another 1/4 C of sweet chili sauce. Toss the shredded meat with the cooking liquid sauce and you’re ready start making Banh Mi Style Pulled Pork Sandwiches! 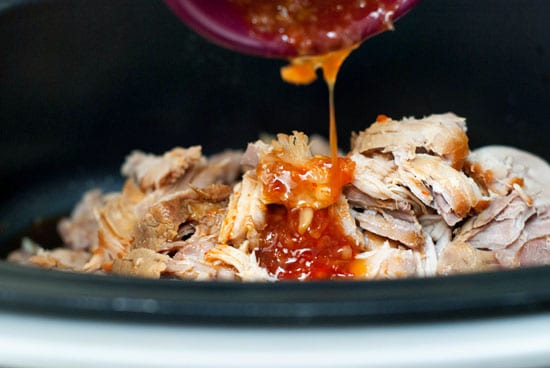 Before starting to assemble the pulled pork sandwiches, mix a dollop of mayonnaise with a squirt of sirracha and spread each side of a toasted baguette with it. From there, pile high with the hot pork, a spoonful of the slaw, and top with a few thin slices of cucumber. 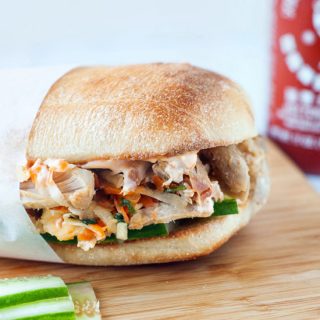