The Cheddar Garlic Spoon Bread is creamy, hearty, and makes the perfect side dish for just about any meal! 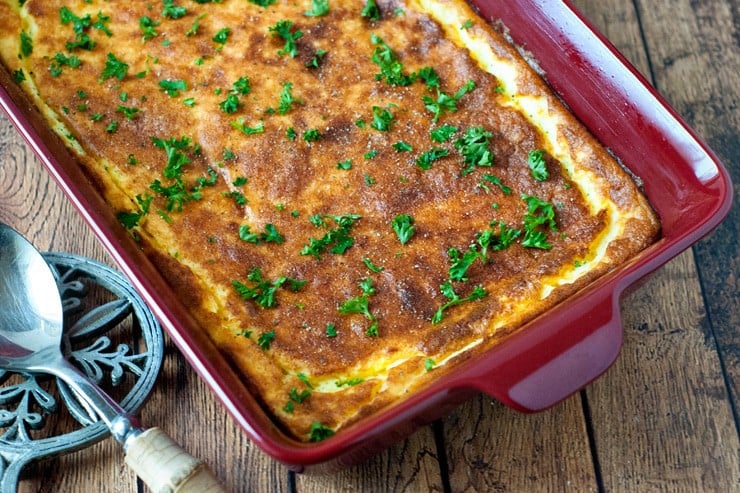 If you've never had spoonbread before, this post is for you! Being a west coaster, I hadn't had it until a few years back at a southern food restaurant, and I instantly fell in love. This recipe is a fun twist on the traditional southern side dish without taking it too far away from its roots. Just about anything is good with cheese and garlic added to it!

What is Spoon Bread?

Spoon bread is a southern side dish that might be best described as a corn souffle. Though, it's not quite as light and airy as a traditional souffle since it has both cornmeal and whole corn kernels in it. It's creamy, soft, and pairs exceptionally well with meats and gravy. Think of it as a good substitute or addition to mashed potatoes.

How to Make Spoon Bread From Scratch: 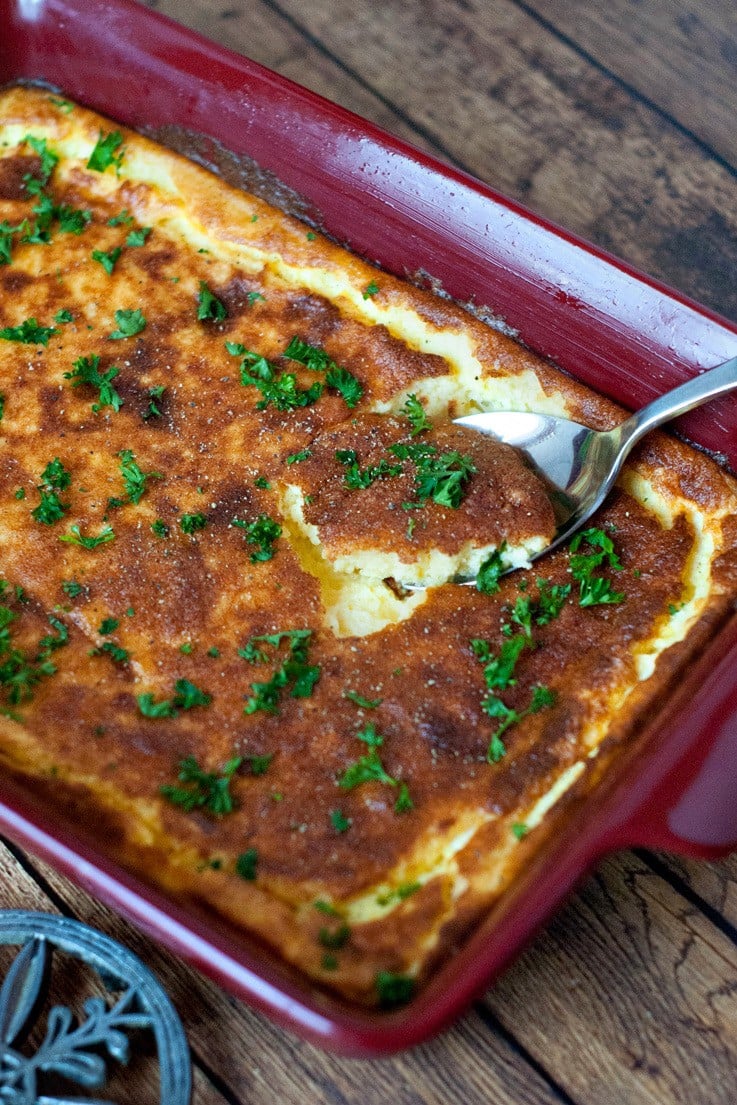 How to Tell when Spoon Bread is Done?

Spoon bread is done when the top is golden brown, the edges have risen, and the center is just slightly jiggly and loose but not runny.

My recipe for spoon bread (below) is gluten-free, but not all recipes are so sure to check the recipe if you are sensitive to gluten.

Can Spoon Bread Be Made Ahead of Time?

Spoon bread loses some of its pillowy magic soon after cooking, so it's best to cook it right before serving. That said, if you need to make it ahead, you can prepare the batter up until the point that you fold in the egg whites. When ready to bake, take the batter out of the fridge and allow to come to room temperature. Then, whip the egg whites, fold into the batter, and bake as directed. 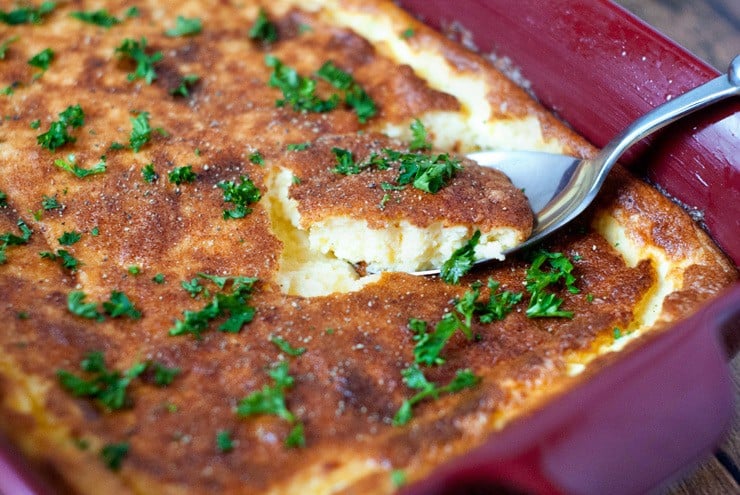 Why Aren't My Egg Whites Whipping?

Whipping egg whites can be tricky business. The main thing to know is that egg whites WILL NOT whip if there is any fat (oil, grease, egg yolk, butter) in the whites. So be sure to use a spotless bowl and whisk and be careful not to get any yolk in the whites while separating. If you do, you will not be able to incorporate any air into the whites, and they will not form the soft mounds you need for this spoon bread recipe or the stiff peaks you might need to make meringue. 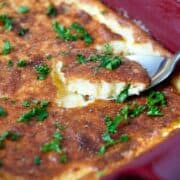 This recipe was originally published November of 2014. I've since updated the post text and answered some questions, but the recipe remains the same. Enjoy!